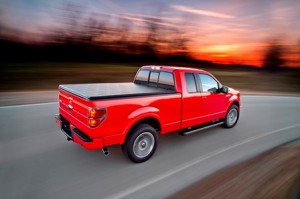 That was the idea behind Kinderhook Industries’ investment in Tectum Holdings, a collection of brands that make pickup truck bed covers and bed liners, also known as “tonneau” covers. Kinderhook combined two companies, TruXedo and Extang, to form Tectum in 2007, shortly before the outlook for the domestic automotive industry imploded.

Rather than targeting sales of Tectum’s liner products to automakers, Kinderhook focused on marketing to those who already owned pickups, who could use the covers to spruce up the look and functionality of their older vehicles.

“When people couldn’t buy new trucks anymore, they decided to take their old truck and accessorize it,” said Kinderhook Managing Director Thomas Tuttle, who led the deal with Paul Cifelli. “If your wife doesn’t let you buy a pickup truck, you can put a tonneau on the back. You feel like you have a new truck.”

The thesis paid off. The firm’s initial investment included just $12 million of equity from Kinderhook Capital Fund II and $10 million of senior debt from MFC Capital. In July, the firm sold Tectum to TA Associates in a deal that returned $296 million in aggregate, exceeding Kinderhook II’s $270 million fund size.

The deal grossed Kinderhook a 23x return on invested capital and a 67 percent internal rate of return, the firm said. Kinderhook still holds a minority stake in the company.

Kinderhook’s outsized return on the deal is particularly notable given the timing of its initial investment. U.S. production of light trucks (pickup trucks, vans, SUVs and minivans) fell by almost 50 percent between 2007 and 2009, the first two years Kinderhook owned Tectum, according to U.S. Environmental Protection Agency data.

The firm executed an innovative growth strategy for Tectum even as U.S. auto production stalled, using financing from Madison Capital Funding to complete five add-on acquisitions that tripled its number of domestic manufacturing locations from two to six.

Kinderhook’s add-on strategy focused on smaller businesses that sold products that were different, or more expensive, than those offered by Tectum’s existing brands. The company’s product line grew to include retractable tonneaus, lighter tonneaus and fold-away tonneaus made from a variety of soft and rigid materials.

Product diversification and the expansion of Tectum’s manufacturing base created opportunities to save costs through consolidation. Kinderhook Operating Partner Bob Romanelli, a former auto parts executive with Mr. Gasket and Ram Products, stepped in to help implement “lean manufacturing” initiatives that reduced turnaround on new orders and limited the amount of scrap material, Tuttle said. Another operating partner, Al Power, provided guidance on strategy and personnel from the board.

“We were able to get a lot more production out of the small manufacturing through heavy investment in lean manufacturing,” Tuttle said, noting the company’s revenue grew by more than 600 percent aggregate during the life of Kinderhook’s investment.

Even as Tectum consolidated some of its operations, the company’s headcount grew from 190 in 2007 to more than 1,000 in 2014, according to Kinderhook.

Rather than consolidating the sales forces of each of its add-ons, Tectum maintained each brand’s sales team, multiplying its “feet on the ground” and helping the company build its share of the growing market for truck covers. Tuttle estimates the percentage of trucks with tonneaus grew by approximately 1 percent each year during the life of Kinderhook’s investment.

Tectum’s management team remained the same throughout the life of Kinderhook’s investment. The firm tapped Extang CEO Bill Reminder and TruXedo COO Kelly Kneifl to lead the business when it formed Tectum in 2007. The management team stayed with the company when TA Associates assumed ownership last year.

“The management team was exceptional. If there’s any story really, it’s that we had two young gentlemen who were running $20 million businesses (and) this business is 10 times or more the size.” Tuttle said. “The CEO and COO have done an amazing job of growing with the business… It rarely works that way when you buy a small business.”