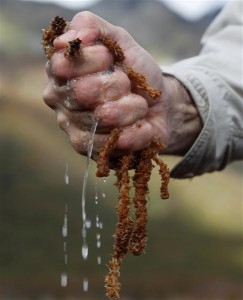 Yields in the second quarter so far stand at 6.24 percent, compared to 6.71 percent in the first quarter as proliferating middle-market lenders seeking to profit from a regulatory crackdown that is hitting traditional lenders are creating blowout oversubscriptions as investors pile into the handful of deals on offer.

“Volume started off dramatically down this year. It’s not where anyone wants it to be,” a banker at an arranging bank said.

U.S. regulators’ leveraged lending guidelines and high valuations are continuing to hit middle-market and leveraged loan volume. M&A and buyout activity is slowing due to a wide gap between the price that buyers are willing to pay and the high purchase price multiples that sellers are looking for.

Middle-market loans backing private equity activity fell to a five-year low in the first quarter of only $9 billion, and sponsored middle-market volume is only $2.19 billion in the second quarter so far.

Bankers are attributing some of the drop in volume to the leveraged lending guidelines. Restrictions on the amount of leverage that can be put on buyouts mean that sponsors are having to write bigger equity checks, which lowers private equity returns.

Although yields are heading south, at 6.24 percent, they are still 49bp higher than 5.74 percent recorded in the first quarter of 2014, when a tidal wave of opportunistic refinancing and repricings hit the market.

While the broadly syndicated market is seeing an upturn in repricings, middle-market lenders are holding off for now, as investors think that the market is at the top of the credit cycle and are picking defensive credits and managing portfolios accordingly.

Private equity sponsors expect middle market volume to pick up in the next two to three months. Arranging banks are also optimistic that deal flow will accelerate this quarter, which should ease the downward pressure on yields.

The unseemly scrum for paper means that borrower-friendly changes including lower spreads and narrower discounts are outpacing upward flex which favors investors.

Five deals have cut pricing in the second quarter so far. Only one deal has increased pricing, compared to the first quarter when upward and downward price flex was evenly split.

Demand is so high from middle-market and broadly syndicated loan investors that the $685 million loan backing California-based WASH Multifamily Laundry Systems’ sale to Swedish private equity firm EQT was 10 times oversubscribed, investors said. The laundry services company shifted $30 million to the first-lien tranche from the second-lien, cut pricing on the $505 million TLB to 325bp over Libor and to 700bp on a $120 million, second-lien loan and tightened the Original Issue Discounts (OIDs) to 99.75 and 99.25, respectively.

Middle-market loans are now attracting 30-50 investors in relatively small $200 million to $400 million deals, sources said. A recent $275 million refinancing for Townsquare Media was heavily oversubscribed with more than 100 investors in the book, highlighting the level of demand for mid-sized credits, a banker said.

Tradeshow and information services company Penton Media Inc launched a repricing of its existing term loan and new incremental facility in late April to cut 25bp off the spread and lower the Libor floor to 1 percent from 1.25 percent.