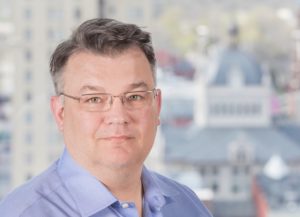 MiddleGround Capital, an emerging manager that invests in B2B industrial businesses, is raising an overage fund to take advantage of immediate opportunities as it gears up to raise its next flagship pool early next year, sources told Buyouts.

The firm, based in Lexington, Kentucky, with offices in New York, has stayed busy through the downturn even as other firms have paused deal activity. Now, MiddleGround is preparing to embark on its second fundraising cycle, despite the challenging environment.

The overage pool has no clearly defined target, but the firm would like to raise $150 million to $200 million for the interim pool, John Stewart, co-founder and partner at MiddleGround, told Buyouts.

The overage fund will invest alongside the main fund, but with a specific focus on “mobility” investments – or companies in disruptive automotive-type industries. These include things like the electrification of the powertrain, vehicle light-weighting, connected vehicles and autonomous vehicles, Stewart said.

MiddleGround saw an opportunity to raise an interim fund after its investments in Dura Automotive Systems and Shiloh Industries, both of which required large equity checks. MiddleGround agreed in August to buy assets out of Shiloh in a bankruptcy auction, which required $155 million of equity. Its equity requirement in Dura, also agreed in August, was $133 million, Stewart said. “That’s larger than we’d traditionally have out of the fund,” Stewart said.

The firm brought in LP co-investors to spread out the costs of each transaction and still had excess demand beyond the capital needs for the deals, Stewart said. The firm saw the opportunity for the overage fund, which is just starting to raise and has already attracted a $20 million commitment, he said.

Even as it raises the overage fund, the firm is preparing to launch its second flagship pool in January, with a first close slated for March, sources said. Fund II will target $550 million, a modest increase from the debut fund, that closed on $460 million.

The firm has grown from its three founders to a total of 27 employees. Ex-Monomoy partner John Stewart and directors Lauren Mulholland and Scot Duncan left the firm in 2017 and formed MiddleGround last year.

Stewart and Duncan both have extensive operating experience in their backgrounds at Toyota. Stewart spent years as a manager there, his LinkedIn profile said. He joined Monomoy in 2007 and was made partner in 2016. He rose to co-lead PE investments and also headed the operations group, he said in his profile.

Duncan started at Monomoy in 2008, prior to which he also worked at Toyota in engineering and production. Mulholland, who joined Monomoy in 2011, was an associate at Macquarie Group.