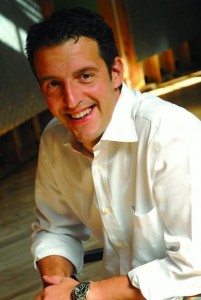 Mike Volpi, the CEO of online TV company Joost and the man behind Cisco’s routing division, has joined the London office of Index Ventures.

In his role as a partner he will lead early-stage investments in the internet, telecom/networking and media sectors, as well as helping out on the firm’s growth fund.

During his time as Cisco, Volpi embarked on an aggressive acquisition programme, snapping up 75 companies in his role as chief strategy officer, where he was in charge of corporate strategy, business development, strategic alliances, and advanced internet projects before being put in charge of the US giant’s routing technology business.

He joined Joost in 2007 as CEO and recently became chairman.

Giuseppe Zocco, partner and co-founder, Index Ventures, said: “Mike has been a close advisor to the Index family for more than 10 years. He has worked closely with several of our portfolio companies such as Skype, TrialPay, Joost, FON and Telegent, even serving on some of their boards, so it’s a natural progression to have him officially join our team.”