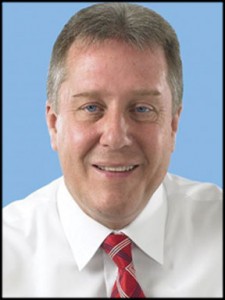 * Joins within months of big commitment to Landmark Partners

* California pension has two-year waiting period on such moves

* Should NYC pension rules be tightened?

Conversations between Miller and Landmark Partners about joining the firm “began in late January or early February,” according to Francisco Borges, Landmark Partners’s chairman and managing partner.

“I looked at a bunch of things and Landmark made the most sense to me. It’s a very established brand,” said Miller, 43, who has been with the New York City pension system since 2011 and before that worked in the secondary market.

Having the ability to join a money management firm so soon after being involved in a decision to back that firm does seem to invite temptation—the temptation to give the firm more consideration than it deserves based solely on the merits. Said Charles Elson, a professor of finance and corporate governance at the University of Delaware: “It certainly raises questions, and it’s the optics that create the questions.”

“This reeks of impropriety and inappropriateness,” said Daniel Dromm, a New York City councilman representing Queens. “Appearance-wise, it looks as though he got the job because he recommended the commitment.”  He suggested a waiting period “of at least a year” before public officials began working for firms they conducted business with while in office.

Although nothing under New York City Retirement Systems’s rules currently forbids such a move, according to an executive there, other pensions, such as the California Public Employees Retirement System, do have rules against investment officers joining an investment firm they did business with while at the pension within a set period of time. CalPERS, which went through a pay-to-play scandal, in 2012 enacted a two-year ban on investment officers working for such firms.

Landmark Partners “started talking to him after the commitment closed,” said Lawrence Schloss, the chief investment officer for New York City Retirement Systems. “We have rules. He can’t be in a dialogue about a job while we’re doing business with them.” In addition, Schloss said, “you can’t call on the city (to solicit investments) for a year after you leave.”

Schloss added that the city has been an investor with Landmark Partners since 2002, “long before Barry came on board.” The city’s pensions invested in Landmark XI in 2002, Landmark XIII in 2006 and Landmark XIV in 2008, he said.

New York City doubled the size of its most recent commitment, up from the $200 million that it committed in 2008. Miller attributed the rise in part to the strong performance of the predecessor fund. According to New York City return data from September 2012, the fund has produced a net IRR of 20 percent, and a net investment multiple of 1.2x.

Landmark Partners’s Borges told Buyouts he wasn’t concerned about any appearance of a conflict of interest in hiring Miller. “It’s very clear that (hiring Miller) is entirely appropriate,” he said. New York City’s process for making its commitment to Landmark Partners’s latest fund was a “rigorous one” that was reviewed and signed off by Schloss, as well as the pension fund’s outside consultants, and by the individual pension boards, he said. “No single individual has the authority to commit,” said Borges.

“There are always going to be doubters,” said Miller of the potential for some to perceive a conflict of interest. “For some people, the glass is half full, and for others, it’s half empty,” he said.  As head of private equity, he said, it has been his job to find firms that are “best in class.”  Thus, “it’s natural that you’d want to work for a firm that you think is best in class too,” he said.

Miller is an experienced player in the secondary market. Prior to joining New York City’s Bureau of Asset Management, Miller worked for Pomona Capital and AXA Private Equity, both of which have large secondary businesses. In 2012, Miller engineered a $1 billion secondary sale of private equity assets, mainly to help reduce New York City’s large number of private equity relationships. In the sale, which involved 11 funds managed by nine different firms, the pensions reduced the number of relationships to 99 from 108.

New York City’s five municipal pensions have $142 billion in assets, according to Schloss, including $8.8 billion in invested private equity capital, roughly 6.8 percent of the overall portfolio. That compares to an average 7 percent private equity target across the five pension funds.

(Update: This story was updated to include additional comments.)