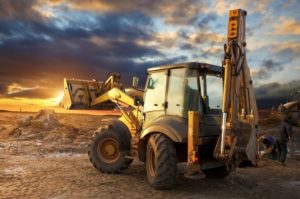 Orion Resource Partners secured roughly $900 million for its third flagship mine finance fund, as many mining companies struggle with liquidity challenges made worse by the pandemic.

Orion is looking for commitments at a level consistent with Fund III’s predecessor, the TMRS report said. Fund II, which targeted $2 billion, wrapped two years ago at about $2.1 billion.

Fund III will maintain Orion’s investment strategy in the global base and precious metals industry, according to the firm’s ADV filings. Orion specializes in customized financing options for junior mining companies with late-stage projects, providing a mix of debt, equity and production-linked hybrid solutions, such as royalties, streams and off-takes.

Fund II was set up to deploy 40 percent of its capital to senior loans, Buyouts’ sister title Private Debt Investor reported in 2018. About 35 percent was earmarked for mezzanine-type production-linked approaches, with the balance going into structured equity.

Fund III is seeking a net internal rate of return of 15 percent, the TMRS report said.

Marketing of Orion’s latest flagship offering is happening as the mining industry contends with the economic impact of the health crisis. Global demand for commodities, excepting counter-cyclical metals like gold, was reduced and will likely remain low with an uneven recovery. In addition, outbreaks of covid-19 forced many miners to scale back operations and delay projects.

While major mining companies are positioned to weather the downturn, smaller cash-strapped players could find themselves adrift. Junior miners were already facing tight liquidity conditions prior to the crisis, an April report by Deloitte said.

Orion was founded in 2013 by CIO Oskar Lewnowski, previously a founding partner of Red Kite Group. Lewnowski launched the new PE firm with the spin-out and rebranding of a Red Kite mine finance vehicle he oversaw.

Orion has kept an active investment pace in recent months. In August, it agreed to buy Colorado, Utah and Wyoming assets from Occidental Petroleum for about $1.33 billion. The assets include the mineral rights to the world’s largest known deposit of trona, used to make a key ingredient in baking soda, glass manufacturing, pollution control systems and other applications.

Last year, Orion sold most of its interest in Osisko Gold Royalties, a precious metals royalty business. Osisko in 2017 acquired a portfolio of royalties and streams from the firm in a cash-and-stock deal valued at C$1.13 billion ($860 million).

Orion declined to provide a comment on this story.