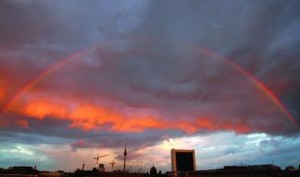 Judging by the number of PE transactions, Germany has experienced a less severe decline than other key markets, according to a study by investment bank Baird. Not surprisingly, it found that deal flow had fallen across all major markets but that Germany had suffered “only” a 26% fall in transaction numbers, compared with 47% for the UK, 52% for Europe as a whole and 35% for the US. However, Germany’s decline in dollar terms was much higher, at 48%, compared with other markets.

This suggests that there were a higher number of lower-value deals in Germany compared with other countries, but not that the PE market generally was in better health. Michael Wolff, a managing director at Baird in Germany, says that the reason for the smaller decline in transactions may be that Germany entered the recession later than countries such as the UK.

Herbert Seggewiss, a managing director at Aheim Capital, says the smaller end of the market, where Aheim operates, has been less affected by the downturn. March and April were very quiet but in May the firm had its busiest month ever in terms of investment opportunities, he says. “Banks are still lending on smaller deals and we did a transaction in December for which two banks competed to provide the finance,” he adds.

But he acknowledges that there are major challenges for the PE industry more generally, particularly in sectors such as automotive and mechanical engineering, which are going through a rough time. The fall in exports will feed into higher unemployment in the coming months, he says, and this will in turn affect consumer spending.

Still, some deals are going ahead and there have been a number of mooted transactions recently in Germany, although many are being forced on sellers, including PE houses, in order to generate cash. For example, four PE houses are battling for a 49% stake in academic publisher Springer Science and Business Media, The company’s owners, Candover and Cinven, are considering the sale to deal with high interest payments that Springer is struggling to meet. They are looking to raise €500m.

In other possible deals, Silverfleet Capital, formerly PPM Ventures, is trying to arrange debt financing to acquire sausage-casing maker Kalle Nalo from Montagu Private Equity, although progress on the deal has been slow because of the difficulties in the debt markets. Swiss buyout firm HBM Partners is seeking to sell a minority stake in German disease diagnostics business Brahms to a strategic buyer.

Jan Janshen, who heads Advent International’s German team, says that deal flow has been affected by a number of factors, including the demise of the investment banks and other intermediaries, who used to facilitate investment opportunities.

“That source of deals has dried up, so we’re going out and marketing more ourselves, by talking to potential sellers. It’s more time consuming than working with investment banks, but on the other hand we have always sourced deals on our own.”

Janshen says that Advent is keen to invest, given that last year it raised its largest-ever fund, but that in Germany’s current market it is difficult. One of the obvious difficulties is the lack of bank lending, although Janshen says that Advent has often been creative in financing transactions. He cites as an example its recent acquisition of the payment-processing arm of US bank Fifth Third Bancorp, which was partly financed by a vendor loan.

Nevertheless, the lack of bank finance in Germany is currently a major obstacle to deals. The environment is complicated by the upheaval in Germany’s banking sector. The banks hold an estimated €200bn in toxic securities and, in a huge transaction, Commerzbank is taking over its larger rival Dresdner in a government-backed deal. State-owned Landesbanken, meanwhile, have written down billions of euros on complex financial products are expected to take part in a process of mergers.

All this has made lending to PE houses even less of a priority for most German banks.

“Despite what they might say, the banks are unwilling to lend much,” says Jens Tonn, who heads Vestar Capital’s Munich office: “They might lend €20m or perhaps €30m at the most, but if you have a €200m deal you need a club or three or four banks and that’s a lot of work.”

All-equity deals are one possible solution to the lack of bank finance, he says, but are only viable if sellers are willing to accept a lower price than most seem willing to do in the current market.

“If they’re holding out for a similar price to what they would have got a couple of years ago, then an all-equity deal is a non-starter,” he says.

The mismatch between buyer and seller price expectations is a continuing challenge, but the gap is narrowing, believe some PE directors. Tonn says that, despite the recent rally, German stock markets are still down dramatically since the credit crunch but that this fall has not been reflected in the valuations owners of private companies put on their businesses.

“You wouldn’t necessarily expect sellers to reduce valuations by the 30%–40% fall in public markets, especially since the recent rally, but valuations will need to fall further,” Tonn says.

Baird’s Michael Wolff says that much of the mid-market and larger deals market is virtually dead, while there is still activity in smaller deals.

“The banks are still lending, in moderation, on smaller deals,” he says, adding that there are also pockets of activity in areas such as special situations and restructuring.

There may also be activity, going forward, in sectors less affected by the credit crunch and downturn, such as healthcare and utilities, where investors can get some visibility on earnings, where a credible business plan can be drawn up and where buyer and seller have more chance of agreeing on a price.

Wolff believes there is little chance of a significant turnaround in the market in the short term, saying: “I don’t see any quick recovery in the German PE market. The US economy may start to recover in quarter three or four but it will take longer to feed through to Germany, so we’re probably talking mid-2010.”

He says that Germany’s export-oriented economy means that many firms had full order books at the start of 2009 but these are now emptying and those businesses will be hit hard from now on.

Others in the market are more optimistic about the next six to 12 months, although agreeing that the market is very quiet.

But there is unlikely to be any significant bounce back in the PE market as long as the German economy is in the doldrums. This month, it was announced that German exports fell by nearly 30% in April compared with the same month last year.

This is the biggest fall in 60 years for the world’s largest exporter. To keep the decline in context, however, some analysts point out that parts of 2008 had been exceptionally good for exports, so the fall in 2009 seemed magnified.

While Germany’s export-led economy benefited more than many in the global boom of the pre-credit crunch years, it seems to be being hit proportionately more in the downturn. The government has estimated that GDP will fall by a huge 6% this year.

But Tonn says that, in some key respects, Germany is in a better position than many other countries.

“If you travel through Dusseldorf, Frankfurt or Berlin you don’t notice the same effects of the downturn as you do in London or Madrid,” he says, adding that on a debt to GDP ratio Germany is in a relatively good situation.

“Germany has a ratio in the mid-60s, compared with 120% for Belgium and 220% for the US, so the country has a stronger balance sheet but still faces major challenges in propping up industries such as automotive,” he says.

Aheim’s Seggewiss says that Germany has not yet reached the peak, in terms of the number of companies in trouble and desperate for capital.

“Shareholders in those companies will seeking external investors in the coming 12 to 18 months,” he says. This rising demand, combined with the continued lack of lending by the banks, will create opportunities for development finance, he adds.

A spokesman for the German venture capital and private equity association (BVK) agrees, saying that despite the difficult conditions its members report a steady deal flow.

“Germany is a Mittelstand market for private equity and these companies are facing serious finance problems since their equity ratio is very low,” the spokesman says. “With banks being restrictive on credit, PE becomes a very attractive alternative for many.”

Advent’s Janshen says, nevertheless, that the current environment will force a shake-up in the PE industry.

“Private equity is a cyclical industry and, until recently, experienced several years of strong growth with a range of business models working,” he says. “I think now we will enter a period of consolidation in which those business models are being tested, but that kind of shake-up is only to be expected.”