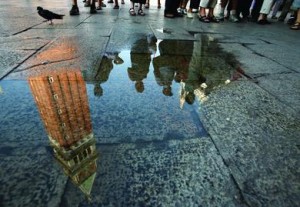 The Italian private equity market has been hit hard by the tough economic conditions, but there have been some signs of a recovery in sentiment and the private equity industry may benefit from the fact that the country’s banking system was less exposed to the global credit crisis than some other countries.

James Noble, who heads Deloitte’s financial advisory services group in Milan, says that Italian private equity houses have always been primarily focused on the mid-market. Although activity has been very quiet this year, in the last few weeks there have been signs of an increase in transactions, and he says: “We’re currently working on three mid-market deals.”

Giovanni Gazzaniga, a partner at Allen & Overy in Milan, says that there was about €150bn of general M&A in Italy in 2007 but this fell to about €55bn last year and he expects a similar figure in 2009. About 20% of this is likely to be private equity, he says.

Most of the private equity deals have been distressed or consolidation plays, says Gazzaniga, adding: “While activity has been subdued in the first half of this year, it does seem that more private equity houses are currently willing to look at deals.”

One development that could fuel future transactions, he says, is a reform enacted in spring this year that will make it easier for foreign financial players, including private equity houses, to acquire Italian banking institutions. It has always been difficult for overseas companies to acquire Italian banks and financial institutions, Gazzaniga says, but the reform could change that.

“The Italian banking sector is full of lots of small companies and so is ripe for consolidation,” says Gazzaniga. For activity to really develop, however, the credits markets in Italy will need to be much more liquid, he adds.

But if that happens, there is likely to be significant interest in the industry, says Gazzaniga. He advised US private equity house JC Flowers on its acquisition of brokerage house Euromobiliare in 2007 and says that firms such as JC Flowers would probably be interested in further acquisitions if valuations came down.

Among some of the transactions is the expected acquisition by the investment fund of shoe retailer Mario Moretti Polegato of sportswear company Diadora, which is laden with debt. Other bidders for the business were private equity houses Orlando Italy and Atlantis Partners.

Meanwhile, designer Roberto Cavalli has announced the sale of 30% of his fashion house to investment fund Clessidra. The valuation of the company is expected to be more than €300m. Arab investors were also thought to have been interested in the business.

Other mooted deals include Carlyle Group’s reported bid to acquire the oil storage assets of Compagnia Italpetroli, in a transaction valued at between €90m and €100m.

Renewable energy has also been attracting interest. For example, UK investor Foresight Group is investing €50m in the construction of solar power projects. AXA Private Equity and industrial company Tozzi Group have established a joint venture to invest in the renewable energy sector. Tozzi Group will hold 55% of the holding group.

Earlier this year AXA Private Equity acquired a 30% stake in an Italian windfarm. AXA also acquired the gas network of Enel, with Italian fund F2i, in May this year and has invested in public-private partnerships (PPPs) in Italian hospitals.

Mathias Burghardt, head of infrastructure at AXA PE, says Italy has been one of the firm’s strategic destinations for investment in the last few years. The current environment presents opportunities, he says, because there is less competition for assets and increasing opportunities. For example, construction companies involved in hospital PPPs are divesting assets in order to repair their balance sheets.

But it has taken AXA PE several years to establish itself in the Italian market, says Burghardt, adding: “We’re helped by our brand name, as the Italian market is probably harder to penetrate than many other markets.”

While there has been widespread dismay at the global media coverage of Prime Minister Silvio Berlusconi’s alleged sexual dalliances, until recently the economic recession had not had the same affect on the public mood as in some other countries. This is thought to be because before the credit crunch Italy had not been growing as strongly as some of its competitors.

In some respects, the country has been less affected by the credit crunch than other European economies. Italian’ banks relatively conservative lending policies have meant they were damaged less severely, while credit card and household debt is far lower than in the Anglo-Saxon countries, as well as that of Continental European economies such as Germany and the Netherlands.

AXA PE’s Burghardt also makes the point that, although Italy’s GDP growth has been less impressive than that of countries such as Spain in the past decade, that has partly been due to the lower leverage taken on by the Italian private sector.

“Much of Spain’s growth was fuelled by debt,” he says.

James Noble of Deloitte agrees that one of the positives about Italy is the low level of debt, saying. “Unlike countries such as the UK, lenders in the residential mortgage market were never offering 100% mortgages, but only up to 60% or 70%, with borrowers having to provide the balance.”

Even though Italian banks have been less affected by the credit crunch than their peers in many other countries, they are still focusing on rebuilding their balance sheets. While there is leverage available for mid-market deals, it is in shorter supply and lending multiples have fallen from 6–6.5 times Ebitda to 4.5–6 times, says Noble. There is also some fundraising going on.

He says: “We’ve been working on a new private equity fund of over €100m, being raised from international investors by an Italian bank and there are other funds being raised.”

For example, Alcedo announced a first closure of €110m in June this year on its fund, which was launched in December 2007. The investor base was mostly Italian entrepreneurs and financial institutions. The fund will invest in family-owned small and mid-cap businesses in the north of Italy.

Allegations about the personal life of Berlusconi, such as his associations with young models and claims that he paid for sex, could have implications on the wider economy.

One private equity adviser, who asks not to be named, says: “The allegations and the way he is handling them call into question his judgment and he’s clearly distracted from the issues of government.”

In Spain, one of the countries worst affected by the recession, private equity activity has fallen sharply. The economy is forecast to fall by 4.2% this year, according to the OECD, and by 0.9% in 2010, although government forecasts are less pessimistic. Unemployment stands at 17%, the highest in the EU, and some believe it could reach 20% next year. The budget deficit is expected to be 9.1% this year and 9.6% in 2010, according to the OECD.

The economy faltered last year after a decade-long boom fuelled by construction and real estate, but these sectors have been hit hard by the credit crunch and global downturn. Spanish banks have reined in easy credit and the country now has a glut of 600,000 unsold homes.

Mikel Bilbao, who heads the private equity team at Spanish investment bank GBS Finanzas, says: “Construction and real estate made up 10% of the economy and so when those sectors were hit it affected the whole economy in a major way. It will take Spain a long time to diversify its economy more into services and away from real estate.”

He says that, even when the economy recovers, it is likely to have a high unemployment level of around 10%. As a result of these problems private equity houses in Spain are largely focusing on their current portfolios, helping portfolio companies survive through the downturn and negotiating with their lenders.

There has been some very limited activity in the mid-market, he says, and some acquisitions by banks of distressed assets owned by private equity houses. For example, in May Cinven walked away from its investment in healthcare business USP Hospitales, enabling Royal Bank of Scotland and Barclays to acquire a majority stake.

Cinven acquired the company in 2997 for €675m but borrowed heavily against USP’s property assets. The changes leave the banks with 65% of the company, Cinven with 10% and the managers with 25%.

In other possible deals, Spanish toll road and parking operator Cintra has been seeking bids for its parking unit in Spain and for its Chilean highways. The company needs to sell assets to reduce its debt. Earlier this year, Bridgepoint and a Spanish infrastructure company were reported to have submitted bids for Cintra’s Spanish parking interests. Cintra values the parking unit at nearly €500m.

Bilbao says that in the current climate private equity houses believe it is too early to think of fundraising or making investments, although some are beginning to think that in this stage of the cycle it may be a good time to acquire cheap assets.

“But most private equity houses in Spain have not invested at all in the last six or even 12 months,” he says. Fundraising too is in the doldrums. There is some initial marketing of funds going on but nobody is near to closing new funds, says Bilbao.

In Portugal, a much smaller market than Spain or Italy, there has been some limited activity. In some respects, the country has not been as affected by the global downturn and credit crunch as Spain, as it did not experience the same property boom as its neighbour. Nevertheless, after zero growth in 2008 the Portuguese economy is forecast by the EU to fall by 3.7% this year, slightly worse than Spain.

The private equity market in Portugal is divided between state-controlled funds, large in venture capital, bank captives, and independent funds. Magnum Capital is one of the leading independent houses to emerge in recent years. Last November, it led a consortium that acquired Babcock & Brown’s Enersis wind energy business in Portugal. In January this year, Magnum acquired pharmaceutical company Generis Farmaceutica, for about €200m.

Explorer Investments, another independent firm, has also been making acquisitions. In May this year it bought Gascan, a Lisbon-based gas supplier, and last year it acquired a fast food business and a Brazilian plastics company.

There have also been some new funds launched in Portugal. Last December, Portugal’s Amorim industrial group said it was launching a private equity fund with initial capital of €100m. Amorim Global Investors aims to invest €10m–€15m per deal as growth capital in non-cyclical sectors such as healthcare, technology and infrastructure-related businesses.