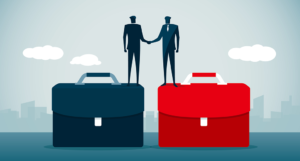 Moelis & Co has hired Vincent Ragosta as a managing director, based out of New York.

The move comes as fundraising has slowed in the volatile market. Limited partners had been under pressure before the market dislocation as GPs came back to market with new funds at a quicker pace than ever.

In the downturn, as LPs’ exposure to private equity breaches policy caps, many institutional investors are having to decide whether to sell down their exposure on the secondary market or find other ways to limit the overexposure.

Private equity fundraising in the first half slowed, buffeted by macroeconomic headwinds. A total of 417 buyout, growth equity, venture capital and other PE vehicles in North America raised about $255 billion, down 18 percent from a year earlier, according to Buyouts data. The number of fund closings fell 37 percent over the same period, according to the data.