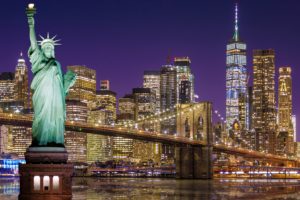 NexPhase Capital Fund IV (launched in late 2019) and parallel pools brought in just under $320 million, according to Form D fundraising documents. That puts the offering in sight of its $400 million target.

Fund IV is actually the New York private equity firm’s second vehicle. Its name refers to the fourth fund managed by the team that began with Moelis Capital. NexPhase got started four years ago, wrapping up its inaugural offering in 2018 at more than $360 million.

NexPhase is an operationally focused control and co-lead investor in lower mid-market companies in North America, the firm’s website showed. It sources opportunities with EBITDA of up to $30 million in the consumer, healthcare and software and services sectors. Investment professionals are organized around specific verticals of interest.

NexPhase partners with mostly entrepreneur-owned and operated businesses. The firm targets those with an existing growth rate of 5 percent to 25 percent, as well as the potential to accelerate organically and through acquisitions. Equity checks typically range from $25 million to $75 million.

The portfolio holds 11 platform companies, NexPhase’s site showed, nine of them backed since the firm’s founding in 2016. Recent additions include DealerOn, a retail auto digital marketing provider, and Knowfully, an education technology platform.

NexPhase has also been active selling assets, including legacy assets. They include Flexible Architecture & Simplified Technology, a maker of software for the insurance industry, sold in late 2019 to Verisk Analytics for about $194 million.

Moelis Capital is the PE group of Moelis Asset Management, controlled by US financier Kenneth Moelis. NexPhase continues to advise on Moelis Capital funds with committed capital of about $870 million, according to the parent organization’s website.

NexPhase declined to provide a comment on this story.