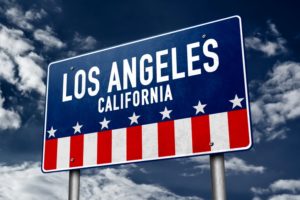 Monogram Capital Partners II and a parallel vehicle have yet to secure commitments, Form D fundraising documents published earlier this month show. The target set by the Los Angeles private equity firm is not known. Acalyx Advisors is the placement agent.

Monogram did not respond to a request for comment on this story.

Monogram was founded in 2014 by Oliver Nordlinger, formerly a vice president with Leonard Green, and Jared Stein, formerly a vice president with Golden Gate. Established to invest in lower mid-market companies in consumer and retail sectors, the firm got started as a deal-by-deal investor, utilizing capital provided by a handful of family offices and the two partners.

Monogram began marketing for its debut fund in 2017, closing it a year later at a $152 million hard cap.

The launch of a second Monogram vehicle comes as the market is being battered by the covid-19 pandemic. Health-related imperatives have disrupted the logistics of fundraising, while economic and financial turbulence has made limited partners more uncertain, with many slowing the pace of their commitments.

This situation has multiplied the challenges faced by first- and second-time funds with limited realized track records or institutional history. Among the most vulnerable are emerging managers that only recently brought funds into the market and have yet to begin roadshows or forge relationships with potential fund investors.

Monogram could encounter less difficulty than other firms due to its existing investor base, which consists of endowments and foundations, family offices and funds of funds.

Fund II is expected to maintain Monogram’s strategy of making control and minority investments in high-growth North American brands focused on apparel and accessories, beauty and personal care, consumer healthcare, fast-casual restaurants, food and beverages, pet products and services and other sectors. The firm typically writes checks of $5 million to $30 million per deal.

With a portfolio of 13 active investments, Monogram has been busy on the deal front of late. In February, the firm co-led an undisclosed follow-on financing of Kidfresh, a New York provider of frozen meals for kids. The other lead investors were Emil Capital Partners and AccelFoods.

In the same month, Monogram made a follow-on investment of $12 million in Country Archer, a San Bernardino, California, maker of jerky and meat sticks. In addition, the firm in January participated in a $10 million follow-on deal backing Olipop, an Oakland, California maker of prebiotic beverages, according to a BevNET report.

Nordlinger was with Leonard Green for more than three years prior to Monogram’s founding, his LinkedIn profile shows. His other past roles include working as an associate with Bain Capital.

Stein was with Golden Gate for two years, his LinkedIn profile shows. Before then, he was a senior associate with HGGC and worked alongside Nordlinger at Bain, also as an associate.