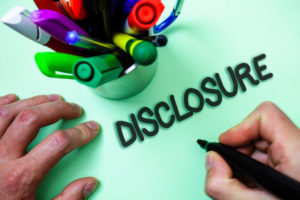 Monomoy Capital Partners charged portfolio companies in its second fund for the services of an internal operations group without properly disclosing the practice to limited partners in the pool, according to an SEC settlement Wednesday.

Monomoy agreed to pay a $200,000 penalty, more than $1.5 million in disgorgement and $204,606 in prejudgment interest. SEC censured the firm, which did not admit or deny wrongdoing.

How private equity firms disclose pay to in-house operating groups and consultants has long been a focus of SEC scrutiny.

Monomoy was formed in 2005 by Daniel Collin, Justin Hillenbrand and Stephen Presser. It closed Fund II on $400 million in 2011. The firm closed Fund III on $767 million.

Fund II was generating a 45.8 percent net internal rate of return and a 1.7x multiple as of June 30, 2019, according to performance information from California Public Employees’ Retirement System.

Monomoy had established the practice of billing portfolio companies, rather than covering the cost through the management fee, for providing the operation group’s services by the time it began raising Fund II, SEC said.

The firm did not “fully or fairly” disclose that it would separately charge portfolio companies in the second fund for the operation group cost, and did not obtain LP consent for that practice, SEC said.

In 2014, the firm in its Form ADV disclosed that “under specific circumstances,” Monomoy may be reimbursed for costs related to services provided to portfolio companies by certain Monomoy operating executives, SEC said.

The SEC highlighted issues with firms’ disclosure of the use of operating partners after it began examining private equity shops under the authority of the Dodd-Frank financial reform act.

While LPs favorably viewed the use of operating partners, “many of these operating partners … are paid directly by portfolio companies or the funds without sufficient disclosure to investors,” said Andrew Bowden, former director in the SEC’s Office of Compliance Inspections and Examinations, in his seminal speech about private equity enforcement in 2014 called “Spreading Sunshine in Private Equity”. (Bowden is now general counsel at Jackson National Life Insurance Co).

“This effectively creates an additional “back door” fee that many investors do not expect, especially since operating partners often look and act just like other adviser employees,” Bowden said. “Unlike the other employees of the adviser, however, often they are not paid by the adviser but instead are expensed to either the fund or to the portfolio companies that they advise.”