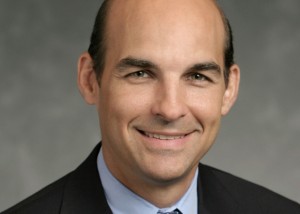 He sees a healthy pipeline of carve-outs of non-core or underperforming units of strategic companies, secondary buyouts and minority stake sales

“Despite having to contend with high equity valuations and greater competition from strategic buyers, I see a nice wave of deals for 2015 due in part to aging portfolios and the record amount of dry powder still available to private equity firms,” he said.

Some sponsors and LPs may be growing more interested in acquiring companies for holding periods outside of the typical three-to-five-year time period.

On the economic front, the U.S. remains in growth mode, but GDP expansion is still low enough for the U.S. Federal Reserve to maintain its accommodative stance on interest rates.

“Our house view remains that the Federal Reserve will not move on interest rates as quickly as the market is currently expecting,” he said.

On the geopolitical front, Sanders said volatility in energy prices remains a focus of dealmakers.

Lower crude prices, “may provide potential investment opportunities from dislocations in the market, placing downward pressure on inflation expectations and creating additional stress beyond sanctions in Russia,” he said.

While some take-private deals have taken place, the pace of public to private activity, particularly larger transactions, will likely remain subdued, he said.