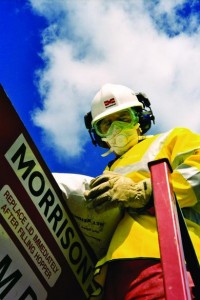 Cognetas and , two European mid-market specialists, have bought from for £135m to capitalise on growing outsourcing opportunities.

The company is the leading provider in the UK and Ireland of repair and maintenance services for the water, electricity, gas and telecommunications industries.

“This is a well positioned and successful business, which is very good at getting additional contracts from existing customers,” said Jonathan Mussellwhite, a partner with . “I expect the business to carry on growing organically. Basically it will be more of the same.”

He added that the Cognetas investment was for the long-term. The firm has many industry-leading customers, such as EDF Energy Networks, BT, Eircom, National Grid, United Utilities, Thames Water and Scottish Power.

Mussellwhite told IFR Buy-Outs that utility companies were increasingly outsourcing their non-core activities to providers such as Morrison. Also, much of the UK’s utility infrastructure is ageing and EU and industry regulators are pressing for it to be upgraded.

A case in point is the EU Water Framework Directive, which is setting mandatory standards on water quality. Such legislation presents ongoing opportunities for specialist outsourcing companies to do maintenance and upgrade work.

Edmund Lazarus, a partner with Englefield Capital, noted the firm’s capacity to grow its business, its favourable track record and exciting growth prospects.

Meanwhile, utility companies are disposing of non-core companies to focus on developing returns on their core businesses due to the current favourable utilities pricing regime. This could lead to more disposals by utility groups, which built up specialist services companies under a previous pricing regime that was less favourable.

Waste services group is being sold by UK water company and is worth in excess of £1bn. sold outsourcing specialist for £217.5m to a consortium led by in January last year. There could be more disposals from United Utilities as it seeks to become a more focused company to satisfy City investors.

Morrison Utility employs 3,300 people and for the year ended March 2008 had a turnover of £500m and an order book in excess of £1.4bn. The two private equity groups were not prepared to divulge financial details of the transaction except to say that it involved a combination of debt and equity. The management of Morrison Utility is taking a minority stake in the company.