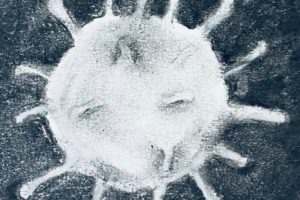 A majority of private equity firms with funds in the market plan on asking limited partners to extend the amount of time they have before they have to end fundraising, according to fresh research from Private Equity International.

The research supports what many sources have said in recent weeks about the impact of the coronavirus pandemic on private equity fundraising. The general expectation is that strong GPs who were already raising should be able to hit targets, but funds just coming to market, especially from newer firms, could have problems.

Generally, a GP has 12 months from a new fund’s first close to reach final close. They have to seek LP approval for more time to fundraise. LPs prefer GPs to stay on schedule for final close so they don’t spend too much time on the fundraising trail and focus on dealmaking.

Of those GPs who plan to extend fundraising, 48 percent of 75 respondents said they would extend for more than three months, 29 percent plan to extend for less than three months  and 21 percent said they expected no delay to final close, the survey found. (An unfortunate 1 percent expect to never hold a final close, the survey said.)

For those GPs expecting to launch a new fund, 34 percent of 95 respondents expect a delay of a few months, while 20 percent believe they’ll see more than a few months delay, the survey said.

The downturn is expected to split the market into the “haves” and “have-nots” – GPs able to raise capital and those who won’t be able to attract LP interest. In periods of dislocation, LPs tend to stick with their trusted managers that have performed well for them over various economic cycles. This usually means brand name PE firms will continue to be able to raise capital, while less well-known firms will drop off the radar.

This will be a different world for private equity firms, which have enjoyed the strongest fundraising environment ever. US private equity and mezzanine funds raised $310 billion last year, according to PEI data.