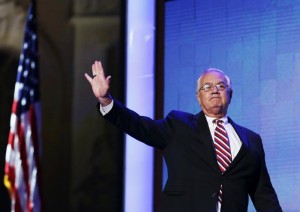 After all, this was the man who co-authored the Dodd-Frank financial reform act that led to the majority of private equity firms coming under the scrutiny of the SEC. Frank said at Private Equity International’s CFO COO Forum Jan. 21 he’d “seriously recommend” Congress look at raising the $150 million threshold. Frank said the SEC should get the power to adjust the amount upwards after a certain period of years.

Dodd-Frank mandated private equity firms with $150 million or more in assets under management to register with the SEC, which gives the agency the authority to examine their books and practices. To meet requirements that go along with registration, firms have had to beef up their compliance operations. The intent of the closer scrutiny was to protect the markets from “systemic risk,” though many argue private equity firms, especially small and mid-market shops, represent no such risk.

Many Republicans agree with Frank. The Republican-controlled House of Representatives in January passed a bill that would exempt certain fund managers from SEC registration. Under HR 37 the SEC would not count SBIC funds against the $150 million AUM threshold, reducing the cost of compliance for some firms. (See “Republicans push back on Dodd-Frank.”)

Compliance costs have become a major issue in private equity, especially at smaller firms. One GP at a major New York buyout fund said at a recent cocktail reception that compliance has represented the majority of the rising costs of running the firm. For big firms, these rising costs are manageable. Smaller firms, however, face the same type of regulatory burden but with fewer resources.

“It’s eaten into their bottom line vs. a $500 million fund,” said Brendan Tyne, managing director of the U.S. office for Augentius, a private equity fund administrator. “A lot of smaller funds, if they get close to $150 million, they don’t want to bring in more.”

Stepped-up compliance efforts at middle-market sponsors may be diverting resources from deal-making and causing firms to lose out on as many as one or two acquisition opportunities a year, said Anne Anquillare, co-founder and CEO of PEF Services, a fund administrator for small and mid-sized managers, at the Small Business Investor Alliance (SBIA) Northeast Private Equity Conference on Jan. 20.

David Bailey, a co-founder of Augentius who works in the firm’s London office, said regulations are even stricter in Europe, even as the industry becomes more global. Additional barriers to entry in the form of stiff compliance rules may actually hurt investors.

“The big issue is both the regulators and the industry constantly need new people coming into the market,” Bailey said. “There needs to be the constant regeneration of people that spin out from firms such as Carlyle Group or Blackstone Group, and the industry needs to encourage people like this… It needs first-time funds. From an investor’s point of view, guys in first-time funds are very hungry and they’re going to work very hard for their LPs to make money.”

A GP whose firm went through an SEC exam last year told Buyouts: “The rules as written are harsher for small firms because of the cost. We have to go to outside counsel and for a smaller fund that’s a big chunk of money. They cost $400 an hour and up. It’s a significant part of our budget.” The GP requested anonymity.

The GP was not sure if the firm’s overall deal-making pace has slowed because of resources diverted for compliance, but said senior executives spend much of their time on regulatory issues.

If the $150 million threshold is too low, how high should it be? Anywhere from $300 million to $500 million would be more reasonable, said Tyne of Augentius. “At that size, you have more resources, you have more capital to devote to the process,” he said. “You have larger management fees. You have a cushion.”

One middle-market GP said a threshold of $500 million to $750 million would be a good place to start. Another idea would be to regulate firms based on their number of investors, not the size of their funds.

Brett Palmer, president of the SBIA, said it’s encouraging that Frank made his remarks at the start of a new Congress and that his comments still hold sway over many fellow Democrats on the Hill. Fund registration often costs well into the hundreds of thousands of dollars, much more than the $5,000 projection by regulators a few years ago.

“We don’t have a hard-and-fast number” on a new registration threshold, Palmer said. “We just know a direction. And the direction is up.”