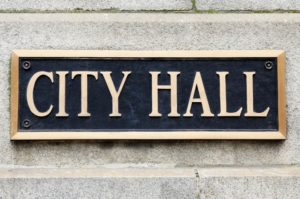 Fundamental Advisors, a distressed and special situations investor in municipal and public-purpose markets, secured $1.43 billion in the close of a fourth flagship vehicle.

Fundamental Partners IV was wrapped up last month ahead of an original target of $1 billion, chairman and CEO Laurence Gottlieb told Buyouts. It is the largest pool in the firm’s 15-year history, exceeding by 44 percent the $993 million raised by Fund III in 2017.

“I think our story has resonance because our focus on municipal and public-purpose assets is differentiated and our investing has allowed us to generate asymmetric returns across market cycles,” Gottlieb said.

A key to the strategy is exploiting pockets of inefficiency, distress, illiquidity and structural complexity, he said.

An illustration of this point was seen during the covid-19 pandemic, when dealflow was created by severely strained US municipal budgets. The health crisis helped to erode the revenue base of local governments, threatening the ability of authorities to deliver essential services, such as fire departments and schools.

Fundamental taps many of its opportunities through the roughly $4 trillion municipal bond market. Fresh opportunities will perhaps emerge as inflationary pressures and rate hikes spawn more challenges for local budgets.

“We partner with municipalities at all different stages, providing flexible financing solutions ranging from rescuing strained assets to enhancing services in robust communities,” Gottlieb said. This approach has taken Fundamental into a variety of sectors, such as affordable and workforce housing, renewable energy, senior care and infrastructure.

Among its recent deals, the firm this month agreed to increase its existing credit facility with Birch Creek Development, a utility-scale solar development business, to $250 million. The proceeds will fund the construction of solar projects, acquisitions and support Birch Creek’s solar module procurement strategy.

Fundamental’s capacity to do deals in the renewables sector was enhanced last year with the $162 million acquisition of MMA Capital Holdings, a Nasdaq-listed infrastructure finance company. A long-time deal partner, MMA was rebranded as Fundamental Renewables.

With growing uncertainty and volatility, including the prospect of a recession, Fundamental could have an expanded opportunity set on the horizon. “We have been able to develop systematic approaches for a range of market climates,” Gottlieb said, “whether acting as a lender, owner or other type of partner to the communities in which we invest.”

Fund IV has already invested north of $1 billion, contributing to the more than $4 billion deployed by Fundamental to more than 200 investments since inception.

Prior to co-founding Fundamental, Gottlieb was co-head of Citigroup’s municipal distressed and special situations proprietary trading desk. Before, he was a senior vice president with Prudential Securities’ CAK Universal Credit Corp. He today oversees an executive team of nine, among them managing directors Robert Jacobsen, Jonathan Stern and Ryan Keene.

(This story was updated to correct Fundamental’s total deployment since 2007.)