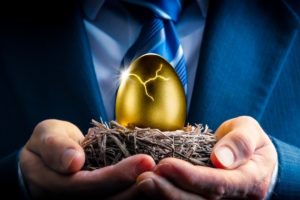 Last year’s break up of Navab Capital Partners following the tragic death of its founder contributed to the launch of three new emerging managers.

Navab was founded with great promise in early 2019 by Alex Navab, KKR’s former head of Americas Private Equity. He devised a sector-focused investment strategy, assembled a high-powered team and was expected to unveil a debut fund with a $3 billion target.

The private equity firm’s plans were cut short, however, when Navab died suddenly in mid-2019 during a family vacation in Greece. The market lost an investor of talent and many accomplishments.

Navab (the firm) wound up shortly afterwards. Its team, made up of professionals who cut their teeth at organizations like Baupost, Carlyle, KKR and Warburg Pincus, dispersed. Some elected to start up their own PE shops or join those recently established by others. Among them was ex-Navab partner Bob Berlin.

LongRange has since added to its team, earlier this month announcing the hires of Michele Reing as CFO and COO and Amar Doshi as a senior principal. Reing was previously Carlyle’s deputy head of fund management, while Doshi was an HIG Capital principal.

MKH invests in US mid-market companies with a service focus in the business, consumer, financial and healthcare sectors. It also invests opportunistically in Latin America. The firm is partnering with the Motta family, the investor behind Bahía, and the Kazma family, which invests via Amzak Capital Management.

MKH rolled out a debut fund in the summer. Rodriguez and Heras told Buyouts they are not now seeking third-party capital but will instead begin operations using the resources of the Motta and Kazma families.

A third Navab alumnus in 2019 joined a recently launched PE firm. Ex-principal Sunny Patel, whose pre-Navab career included investment roles at 3G Capital and KKR, signed on to HighPost Capital as a managing director, according to his LinkedIn profile.

HighPost was created last year by CEO David Moross and partner Mark Bezos, a 2020 ADV filing said. Moross is the founder of Falconhead Capital, an investor in mid-market companies in a range of sectors, including sports, media and entertainment. IMG partnered in Falconhead’s establishment, the firm’s website said.

Bezos is the brother of Jeff Bezos, the billionaire founder of Amazon. Before HighPost, he was an advisor to start-ups and tech-enabled multimedia companies, his LinkedIn profile said. He sits on the boards of several tech companies and is a director of the Bezos Family Foundation.

There are few details available concerning HighPost, though Moross’s Twitter account refers to it as a consumer, lifestyle and sports-focused PE firm. It is not known if a first-time offering is in the works.

HighPost could not be reached for comment prior to publication of this story.

Several other former members of Navab’s team were hired by existing PE brands. For example, Ram Jagannath, who left Carlyle to become a Navab partner, is now leading healthcare for Blackstone’s growth and tactical opportunities strategies.