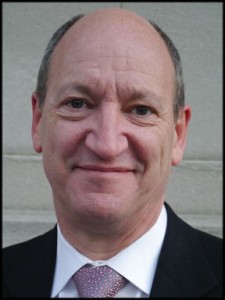 Please don’t ask Andrew Hawkins about his interest in zombie funds. He says he prefers to think of his new firm, NewGlobe Capital Partners LLP, as an investor in “disrupted-cycle” private equity funds.

“We’re not trying to partner with bad guys,” said Hawkins, noting that “zombie” is by its nature a pejorative term, with negative associations from years of horror movies. By contrast, the funds that NewGlobe Capital focuses on are simply those that have fallen short of top-quartile returns, Hawkins said. “They’re not dreadful investment returns. They’re just not that great.”

NewGlobe Capital, which formally launched at the end of January, has financial backing from Hamilton Lane, the giant private-equity advisor, and Vanterra Capital, a buyout shop that developed an interest in private-equity secondaries through what Shad Azimi, the founder of Vanterra and a managing partner, described as the firm’s “thematic macro approach” to identify attractive sectors or industries, then making a “deep dive” into specific investments. Vanterra studied private-equity secondaries for four years before deciding to partner with NewGlobe, Azimi said.

Hawkins said NewGlobe Capital sees an addressable market opportunity of $75 billion in the United States and Europe over the next several years. “This is a perfect time to do this,” he said, citing recent transactions involving Behrman Capital, Willis Stein & Partners and HM Capital, all occurring since last fall.

While the contours of the individual deals vary, the common element is that capital from new investors provided an exit opportunity for longstanding LPs while providing a new runway for fund managers to continue to manage their portfolios. (Indeed, Hawkins and Christophe Browne, who has joined NewGlobe Capital as a founding partner, both worked at Vision Capital, one of the new Willis Stein investors.)

The usual strategy for buyout funds involves a “virtuous cycle” of investing, harvesting profits, taking carried interest and distributing the returns to investors while raising followup funds. “When you take out the prospect of raising a new fund, the whole incentive mechanism turns in on itself,” Hawkins said. “Economically, there’s no reason for GPs to sell those assets.”

Why break away from an established practice to launch this new initiative? Hawkins said, “We have an essentially unconstrained mandate about making these kinds of investments. We had a clean sheet of paper,” Hawkins said. “It is a new business model. You can’t really do it as an existing firm.”

NewGlobe Capital launches with a staff of 10 in London and New York and may hire three or four more investing pros over the next six to nine months, Hawkins said. The firm is seeking to complete one or two transactions this year to demonstrate its strategy, he said. “We are now working on a large number of deals together.”

But he cautioned that realistically results will take time to demonstrate. “The whole point of private equity is to be optimistic, so I hope they happen soon,” Hawkins said. “These things do take time. They’re very complicated deals.”

Firms & Funds 2 days ago
Added to your Saved Articles
Loading
Unsave Article
Please confirm you would like to remove this article from your saved articles.
Share with other subscribers
Only logged in subscribers of this site will be able to access the shared article.