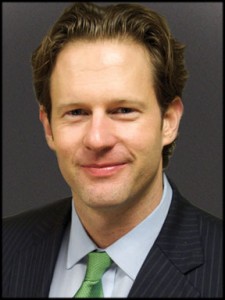 But at the rate that the Securities and Exchange Commission is progressing, 2013 may come and go before the agency settles on rules to implement the general solicitation and crowdfunding provisions of the JOBS Act, an attempt to modernize decades-old financial rules, Leahy said.

“It’s such an opaque area right now everyone is watching with great interest,” said Leahy, whose Raleigh, N.C.-based company focuses on the finances of privately owned businesses.

The SEC already has fallen significantly behind on the JOBS Act, the financial deregulation bill that was signed into law last April 5. The law, formally called the Jumpstart Our Business Startups Act, contained a July 5 deadline for the SEC to adopt rules implementing the law, but that deadline passed without action. The SEC put out a set of proposed rules on Aug. 29, requesting public comment for 30 days, but the agency has given no indication since then when it will take further action.

Commission Chairwoman Mary Schapiro, who had spoken critically of the new law’s apparent lack of investor safeguards, stepped down from her post in December. And while President Barack Obama has said he would nominate commission member Elisse Walter to succeed Schapiro, action may be slow in a politically divided Congress. In the meantime, Walter’s commission appointment technically expired last June.

For the buyout community, a looming question is how sponsors can confirm accredited investors actually are accredited. The JOBS Act authorizes buyout fund sponsors to market their funds generally,but those sponsors remain restricted to accepting commitments only from the accredited crowd, defined as those with a net worth of $1 million, excluding the value of the primary residence, or meeting other requirements.

An estimated 5 million Americans could qualify for accredited investor status based on income or net worth considerations, Leahy said, citing a commonly used statistic. But if fund sponsors must retain tax returns or financial statements to document the legitimacy of those investors, it could introduce burdensome new procedures and liabilities on the sponsors.

One solution that is getting attention among fundraisers would be the use of a trusted third party service to certify accredited investors, Leahy said. The Financial Industry Regulatory Authority Inc., the securities industry’s self-regulatory group, could take the lead in designating such a service and spelling out the rules under which it would operate.

“Finra or somebody might implicitly support a vendor, because it makes their job a little easier,” Leahy said. “Someone will come in as a market leader and dominate this space.”

Or the JOBS Act could fall victim to the same quicksand that has mired the Dodd-Frank financial reform bill, which was signed into law in July 2010. As of Jan. 2, a total of 237 Dodd-Frank rulemaking requirement deadlines have passed, according to the law firm Davis Polk, which tracks progress on rulemaking. Of these 237 passed deadlines, 142 (60 percent) have been missed, and 95 (40 percent) have been met with finalized rules. In addition, 136 (34 percent) of the 398 total required rulemakings have been finalized, while 129 (32 percent) rulemaking requirements have not yet been proposed.