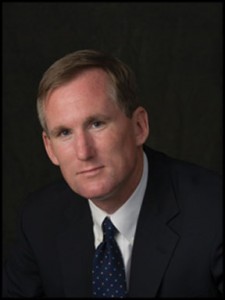 While the JOBS Act may ease certain restrictions on buyout fundraising, it may well introduce new competitors in dealmaking, in the view of Brian Hamilton, the CEO of Sageworks Inc., a data-analytics company focused on private companies.

The key reason: The law, now in regulatory implementation, opens new opportunities for owners to achieve liquidity. The Jumpstart Our Business Startups Act, the financial deregulation plan signed into law in April, allows companies to have as many as 2,000 shareholders of record, up from 500 previously, before they must undertake the kind of financial reporting that is required of public companies in the United States.

Although the provision was designed for venture-backed companies, especially high-tech startups that often compensate their employees with stock or options during their early, cash-poor days, it could just as easily work for larger, more established companies as well, Hamilton told Buyouts.

And to the extent that such private companies turn to alternative stock-trading platforms such as SecondMarket or SharesPost to achieve liquidity for their owners, “that may be a threat to the private equity industry,” he said.

Apart from the buyout scene, Hamilton said he is concerned about a deterioration in the growth of sales for the private businesses whose financials are tracked by the Raleigh, N.C.-based company. Sageworks follows 1,400 industries, drawing much of its data from the accountants and banks that then use its benchmarks to provide business advice and make loan decisions.

In many cases, these are monthly sales reports. Sageworks’s data shows that private business year-over-year sales growth was 5.4 percent in September, compared to 9.7 growth in the same month a year ago. That growth number, a measure of how companies are recovering from the Great Recession, had been trending in the 8 percent to 10 percent range throughout 2011, but has been falling for the last three or four months now, he said. “There is real anxiety in these companies about their businesses in the future.”

Nor are these all just small businesses. Of the 18,500 companies in the United States that have 500 employees or more, 85 percent are privately owned, raising concerns about the durability of the general economy, he said. “If businesses have a hard time hiring at 10 percent sales growth, what will they be able to do at half that pace?”

Hamilton emphasized the role of economic uncertainty in hampering business decision making, and clearly the presidential election, with its polarized debates, is adding to the uncertainty. He said, however, that he tries to steer clear of partisan politics.

When he was pressed on the issue of the Affordable Care Act, President Obama’s signature health law, Hamilton simply doubled down on his position. “I’m not going to say whether it’s good or bad. It’s over. Now people can plan.”