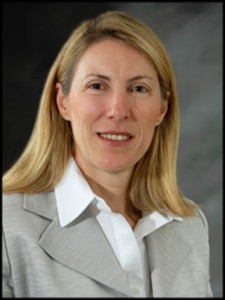 Although 2012 got off to a slow start on the deals front, Chris Ruggeri expects corporations to step up their M&A activity as the year continues. Indeed, the end of the year could turn out to look like a replay of 2010.

From the standpoint of transactions done, the first quarter was “statistically pretty dismal,” said Ruggeri, a principal in the Advisory Services practice at Deloitte Financial Advisory Services LLP. (Thomson Reuters, the publisher of Buyouts, tracked 222 sponsor-backed deals through March 21 this year, down from 253 last year. The 33 with disclosed financial terms combined for $11.3 billion, scarcely a third of the $29.16 billion reported in the first quarter of 2011.)

To some extent, this sluggishness is a hangover from last summer, when the European debt crisis dragged markets to a virtual halt, she said. “Strategics kind of paused because of their concerns over the ramifications of working things out in Europe,” while a disruption in the leveraged loan markets cast a pall over buyout activity.

Now, 63 percent of CFOs have a more positive view of the economic outlook, according to the quarterly “Deloitte CFO Signals Survey” published in March, a quarterly poll of chief financial officers representing North American companies averaging more than $5 billion in annual revenue. “They report a level of optimism I haven’t seen in a long time,” Ruggeri said.

Among survey respondents 55 percent are actively seeking strategic deals, although they are looking for add-ons to enhance existing businesses rather than transformational transactions. That attitude should begin to bear fruit later in the year, Ruggeri said. “It takes time for deals to percolate.”

In addition to greater confidence in economic conditions, the companies of the S&P 500 have 8 percent of their assets in cash, historically a very high level, Ruggeri said. “I have many clients going through their calculus for deploying that cash.”

And while some may opt for stock repurchases or dividends, many will seek growth organically or through M&A, she said. “M&A will continue to be a powerful driver for growth.” That applies to divestitures as well, creating an opportunity for buyout firms as a result of carveouts, which she said have stepped up in the past year. “They’re much more inclined to exit a business that is not achieving their expected goals.”

All of this could lead to a rush of activity later in the year, as the two-year extension of the Bush tax cuts expire. Before those cuts were extended at the very end of 2010, dealmakers experienced a land rush of business, although Ruggeri was cautious about the impact of tax considerations on corporate decisions.

“What drives deal activity is a solid investment thesis and confidence in the ability to earn a return,” she said. And while she acknowledged that “there is a tendency for investors to put their foot on the accelerator a little harder” when a deadline looms, such as taxes, she said that “it’s a consideration but it’s not the primary driver.”