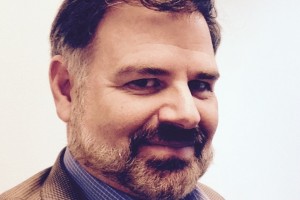 Daniel Fisher sees opportunity for the U.S. launch of Global Loan Agency Services (GLAS) despite turmoil in debt markets. In fact, the current disruption may help the firm grow.

As an independent loan administration specialist, GLAS handles the accounting and organizing of loan payments, record keeping, following up on missed or late loan payments, and other services.

Since GLAS isn’t a lender or borrower, it has no financial interest in loan performance, freeing it up to be a more impartial provider than the banks that typically administer their own loans, said Fisher, who was recently named head of GLAS Americas. That’s a big selling point for private equity firms, which are often involved in transactions handled by GLAS, he said.

GPs that use debt for buyouts or financings on either side of the Atlantic will benefit from working with a party such as GLAS that is focused solely on the transaction, with no outside agenda, Fisher said.

Meanwhile, Fisher’s law degree suits the present environment, as loans in the energy sector and other struggling industries go sour. Fisher, who set up the U.S. trust business for Law Debenture in 2002, got his law degree from Seton Hall University.

“The need for us is great,” he said. “With the issues surrounding high-yield debt, it’ll have to be redistributed or go through a Chapter 11 process — and we’re familiar with both of those scenarios.”

Fisher was working for Wilmington Trust when GLAS launched in 2011 as a standalone company in the United Kingdom offering finance administration services to corporate borrowers and lenders in Europe. Although he’d been busy at Wilmington Trust around that time as leader of its European business lines, Fisher couldn’t help but notice GLAS and its founder Mia Drennan. Drennan stood out as a pioneer after establishing a business that had been combined with big corporate lenders in the past, Fisher said. He knew Drennan from common ties to the European banking community and they started to talk.

“I thought she had a brilliant model addressing a burning need in the marketplace to have a truly independent provider,” Fisher said. “I followed with great interest what she was doing.”

Those talks ultimately led to Fisher taking the reins this year as head of GLAS in the Americas.

Fisher said he’s looking to hire other people with corporate banking experience to build up GLAS as a provider of administration services. Other services, such as handling escrow payments and acting as a fiduciary to manage assets involved in loan and other payments, may soon be added in the United States.