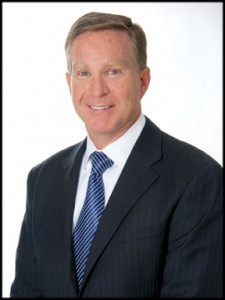 And now there’s another way for sponsors to exit over-aged portfolios: Sell the entire kit and caboodle to Nova Capital Management Ltd, a British shop that just opened an office in Chicago to seek deals.

David A. Jacobs, who joined the firm as an investment partner to launch the Chicago office, was formerly a senior adviser to Vision Capital plc, which struck a deal in September with Willis Stein & Partners to buy out limited partner interests in its 2001 fund and give the portfolio a new, five-year lease on life. Vision Capital led a group that included PineBridge Investments and Landmark Partners in the $220 million Willis Stein deal. Under the arrangement, Vision Capital and Willis Stein will jointly run the fund.

Nova Capital plans a different approach, Jacobs said. “The Willis Stein deal would not have been an effective deal for us, because the two entities that are in there with the GP do not have much operational control,” he said. “We only look at transactions where we can have control of the underlying assets.”

In addition to its focus on operational control, Nova Capital differentiates itself in another way: by providing a seller with a single transaction to dispose of a variety of assets. As an example of its approach, Nova Capital points to a deal it did in September, buying five industrial businesses in the United States—all of them operating units of Latshaw Enterprises Inc. “That’s a perfect Nova transaction,” Jacobs said. A year earlier, the firm had undertaken a similar deal in Canada, where it already has an office.

Nova Capital historically has done very little work with buyout firms but rather has worked primarily with strategic owners, said Jan Kreminski, a U.S.-based operating partner. But its approach could be helpful both for sponsors that are not raising another fund, and thus have residual legacy assets to dispose of, as well as firms that may have leftover holdings from an earlier fund while they have moved on to other investments.

There might naturally be a temptation to cherry-pick more attractive assets from a portfolio, but that would fly in the face of the firm’s business model, Jacobs said. “If you do that, you’re not providing full value to the seller.”

“We do a sum-of-the-parts valuation, and we apply different multiples on different businesses,” Kreminski said. “We take all of that into consideration when we present an enterprise valuation to the seller.”

While it is structured as a private equity firm, Nova Capital operates as a fundless sponsor. It has a group of investors who back its transactions on a deal-by-deal basis around the world and throughout different industries, Jacobs said. “We’ve never run into a situation where we’ve looked at a portfolio and not been able to raise the equity and the debt.”