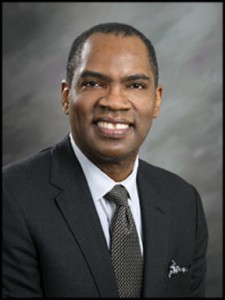 “To the extent that they are dependent on consumer discretionary spending, they are experiencing some down times right now,” said Williams, whose unit of Deloitte LLP, the Big Four accounting firm, oversees the firm’s restructuring practice, among other things.

That could mean retail businesses or companies in housing-related industries, he said. Another busy area for Deloitte’s restructuring practice are sectors that are undergoing secular changes, such as financial services.

Deloitte is expanding that restructuring business. The firm announced earlier this month that it is acquiring CRG Partners, a New York- based turnaround and restructuring firm. Williams said the deal, when completed, would add 50 to 60 financial professionals to the firm’s existing staff of 1,000 turnaround specialists around the world.

CRG Partners is perhaps best known outside turnaround circles for its work with baseball’s Texas Rangers through the team’s bankruptcy and sale in 2009 and 2010. The Rangers were owned at the time by Tom Hicks, co-founder of the buyout firm Hicks, Muse, Tate & Furst.

Neither CRG Partners nor Deloitte focuses specifically on private equity investments, although Williams said that working with financial sponsors is “a significant portion of what we do.” Nor is it that the firm, in doing the deal, is anticipating a surge in demand; while distress does increase in times of economic difficulty, Williams said, “No matter what the economy is doing, there will be sectors that will have their own difficulties.”

Terms were not disclosed when the deal was announced in early April. The closing is anticipated “very shortly,” although Williams would not be specific about the timing.

Asked about turnaround opportunities around the world, in places such as Europe, Williams said the ongoing sovereign debt crises there would have spillover effects. “The impact is global,” touching any company involved in currency markets, import and export business, or any activity involving the flow of capital between markets.

That can affect even companies that today are domestically focused as they seek growth, Williams said. “Many of their markets may be in Europe or in other economies that may be distressed in the future the way Europe is now.”