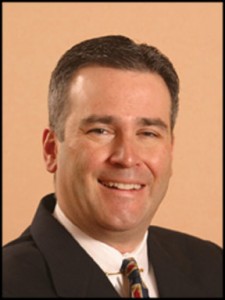 The buyouts market ought to be performing well, but dealmakers are struggling to break out of a persistent sluggishness that is holding activity back, says Hugh MacArthur, a partner at the consulting firm Bain & Co. and head of the its global private equity practice.

In some ways, the fundamentals today look much like they did in the boom years of 2006 and 2007. Sponsors are flush with cash—more than $400 billion of dry powder, by Bain’s estimate—interest rates are low, and opportunities are widespread.

But the world also has changed drastically since the economic crisis that followed the boom. Potential sellers, locked out of the market in 2008 and 2009, now have had two years of healthy growth, raising their expectations and leading to a gap between the prices that they seek and what sponsors are willing to pay.

At the same time, the exit market remains constrained. Strategic buyers, also looking at an uncertain economy, are holding record levels of cash on their balance sheets rather than investing in expansion, and the IPO window remains largely closed to all but the hottest companies.

In one important way, the boom and bust has clobbered the market, MacArthur said. Deals from the 2006-2007 period, which are now becoming ripe for harvest, were done at high prices but with inexpensive debt. And following the collapse of 2008, portfolios took a “pretty hard mark to market” that is still weighing on sponsors, MacArthur said. “It’s not surprising some of these investments are somewhat sideways.”

He estimated that two-thirds to 70 percent of portfolio companies are being marked at values that are less than would be necessary to generate carried interest for the GP.

Still, MacArthur predicted that 2012 would proved to be a good year for deals. The thing that is lacking today is the external market force to drive sponsor profits. In the 1980s, it was driven by the emergence of junk bonds and the breakup of complex conglomerates. In the 1990s, it was the Internet boom and the ability to sell tech, telecom and other growth stocks in to the public markets. In the 2000s, it was the great expansion of debt available to do deals.

There will probably be another source of stimulus for the private equity industry, MacArthur said. “It is just not in evidence now.”