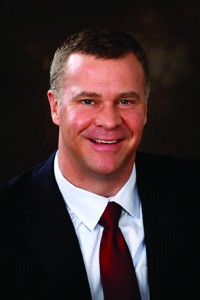 Guth’s hands-on knowledge of dozens of mergers and acquisitions by entrepreneurs and families plays a central role in his advisory firm, Gryphon Financial Partners, which launched in May following his private client work dating back to the 1990s at Morgan Stanley and Smith Barney. Gryphon Financial Partners is a member of the HighTower Network, a financial services and advisory firm based in Chicago.

Guth said he’s had an inside seat on some 40 sales of companies by entrepreneurs to private equity firms over the years and has services to offer both buyers and sellers of mid-market companies with enterprise values of $30 million up to $1 billion.

“What typically happens is the private equity firm is trying to buy a company with four or five other players and…they’re trying to meet as many of the owner’s goals as they can,” Guth said. “It’s a unique process.”

How much control the owner retains over the company remains a key talking point not only during the sale, but after it closes. Sometimes entrepreneurs may not initially trust private equity pros with the keys to their company.

“We try to explain that if you select the right firm, you’re bringing in your best partner of your business career,” Guth said. “The sponsor wants to inject capital to grow the company—your interests are aligned. We constantly bring the client back to their initial objective, get the big stuff accomplished and not sweat the small details.”

While owners initially say they care only about finding the highest bidder for their company, the final selection often comes down to the future role of key employees, cultural fit, keeping a company name intact, or other factors. In some cases, the owner may opt to take a lower cash payment up front if they think the equity they keep in their bought-out company will end up delivering a greater gain down the road.

“The better you understand what the owner is trying to accomplish, the higher the probability you’ll win the bid,” Guth said. “And for the entrepreneur, once you have enough money, you really aren’t worried if you get an extra million. You’re worried about making sure your life goals become realized.”