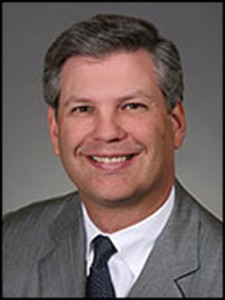 The secondary market for limited partner commitments is becoming a regular aspect of industry activity, some sponsors are showing creative approaches for delivering liquidity to their investors, and GPs are increasingly looking for new ways of financing their operations, said Ayer, who is co-head of the firm’s Private Investment Funds Group.

Some venerable firms are finding ways to maneuver through the new environment. Behrman Capital, for instance, worked with the Canadian Pension Plan Investment Board to put together a $1 billion fund that is designed to provide an exit to investors in the 2000 vintage Behrman Capital III LP, essentially creating a new vehicle for the fund’s existing portfolio. In a similar maneuver, Willis Stein & Partners struck a deal with Vision Capital and other investors to raise $220 million to extend the life of the 2001 vintage Willis Stein & Partners III LP for an additional five years.

In each case, the general partners saw continuing value in their portfolio and did not want to sell the assets prematurely, while also providing existing LPs with a path to liquidity. Such situations are likely to become more common, Ayer said. “It’s a very difficult deal environment. It’s getting harder and harder to buy good companies at attractive prices.”

Another business model attracting attention is that of Compass Diversified Holdings, which operates companies in a variety of industries within the context of a publicly traded corporation—essentially a contemporary take on the old fashioned industrial conglomerate. Ayer said he had had half a dozen conversations with clients in the last six months, although none have pulled the trigger on that kind of retail fundraising. (I. Joseph Massoud last month resigned as CEO and a director of Compass Diversified Holdings after agreeing to pay more than $1.4 million to settle charges of insider trading with the Securities and Exchange Commission.)

“There’s a lot of searching for improvements in the model, not that people think the traditional blind-fund model is broken, not by any stretch. But they are looking for alternative ways of doing things,” he said. “There is more conversation, more openness to new structures than there has been before.”

Another approach is that of Golden Gate Capital, a San Francisco buyout firm with an unusual “perpetual” fund structure that is more commonly associated with hedge funds than buyouts. Ayer declined comment, saying Golden Gate is a client.

As a general proposition, though, creative new strategies could keep the buyouts business vital, he said. “The Holy Grail in the private fund business would be for sponsors to have capital on some sort of permanent or quasi-permanent basis on the one hand and for investors to get regular liquidity on the other hand. Today, that is not easily achievable.”

For an existing sponsor, it could be difficult to align the interests of conventional limited partners with those of new retail investors, he noted. And in the near term, more buyout shops are moving in the direction urged by the Institutional Limited Partners Association, which offers what it calls best practices for the industry, such as European-style distribution waterfalls or clawback provisions that may involve interim evaluations or carried interest held in escrow.

Not all of these are new ideas, Ayer said. “Very few sponsors these days don’t have some kind of escrow or interim clawback,” he said. “I certainly had clients that had interim clawback provisions long before ILPA issued its first guidelines.”

Still, most participants would agree to the goal of liquidity for investors at fair pricing. And it may take a new generation of buyout shops, unbeholden to existing business models, to change the fundamental structure of the business, he said. “The two-and-20 blind pool structure is not going away anytime soon.”