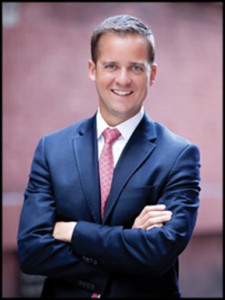 Coming off a hefty capital raise, the fledgling financial consultancy Accordion Partners is planning to mount an expansion plan, said Nick Leopard, the CEO of the 2.5-year-old firm.

The New York-based firm announced in April that it had raised the money from a group of institutional investors and high-net-worth individuals, Eagle Proprietary Investments Ltd, a Dubai-based investment firm. Leopard said the money, more than $1 million, would enable the firm both to expand its staff and to begin a geographic expansion, first in Dubai, probably within the next year, then into additional cities in the United States.

Founded in 2009, Accordion Partners provides functions similar to those offered by investment banks, including highly analytical operational projects, such as helping the CFO of a portfolio company to developing the financial metrics to report to a sponsor, and to lead mergers and acquisitions, capital raises and refinancing, Leopard said.

But rather than receiving a contingent fee based on the success of an offering, Accordion Partners charges clients an hourly rate, which can be less expensive, said Leopard, himself a veteran of Bear Stearns. The firm targets small to mid-market buyout shops, typically with $100 million to $5 billion under management, and corporate development offices.

The firm, with 24 banking professionals, a team of former investment banking and fund professionals, has worked with 90 clients in its short life, including Providence Equity Partners, The Riverside Company, Symphony Technology Group, Toyota Motor Corp. and the United States Navy.

The new office in Dubai probably will take four or five client-facing staff in business development roles, while the bulk of the firm’s back-office work will continue to be done either from its New York offices or at client sites, Leopard said. Future office additions could be in San Francisco and possibly Dallas, which Leopard said has proven to be a surprising center of activity.

The firm’s early success has served to prove the concept of the business model, and now the challenge is to scale its operations, Leopard said. “We’re trying to grow this and build a new sector in financial services.”