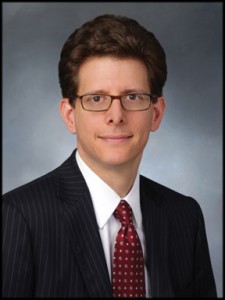 If the Securities and Exchange Commission is slow to implement the marketing exemption of this year’s JOBS Act, it may be because regulators fear opening a vector that could be a “shill for fraudulent vehicles,” said Robert B. Kaplan, a partner in the law firm Debevoise & Plimpton LLP.

The problem is not that established buyout firms would be lured into improper marketing, signing up limited partners that are not accredited investors, but rather that the exemption itself would attract unscrupulous actors, who could damage the reputation of the asset class as a whole, said Kaplan, a Washington-based partner for the firm and a former SEC attorney.

The legislation, formally the Jumpstart Our Business Startups Act, or JOBS Act, was signed into law on April 5, but the SEC has already missed a 90-day deadline to implement the rules. The commission voted in August to eliminate the ban on general marketing that has gagged buyout firms from talking about fundraising, but the commission has not yet acted to finalize the rules following a month-long comment period.

Regulators may fear a repeat of the fallout from a 1990s-era amendment called Regulation S, Kaplan said. That rule was intended to make it easier for U.S. companies to raise money, by exempting issues from registration so long as they were marketed only overseas.

That experiment didn’t work out so well, Kaplan said. “Every unscrupulous pump-and-dump operator from Boca Raton north used Reg S to legally register shares in shell companies to supposed overseas investors, and then blew shares back to the U.S. market almost immediately. It presented a giant opportunity to circumvent the registration provisions of the Securities Act of 1933.”

Before the decade was out, the SEC had sharply curtailed the application of Reg S in response to the abuses, he said. “When there is a change in the law that provides an opportunity for unscrupulous market participants to access retail investors more easily, some bad actors take that opportunity.”

The exemption also increases the enforcement burden on an agency that is already overtaxed. Under the current rule, the act of marketing a fund to the general public is a violation unto itself, Kaplan noted. “I suspect the SEC is concerned that allowing general solicitation may remove a barrier that made it more difficult for unscrupulous market participants to reach smaller retail advisers.”

Buyout shops have shown no great urgency to change the rules so they can promote their fundraising, and Kaplan said it benefits the industry for regulators to get the details right and minimize bad actors. “I think the SEC may be less concerned with legitimate private equity firms engaging in improper advertising, and more concerned that low-level offering frauds may be pitched to retail investors as private equity or hedge funds.”