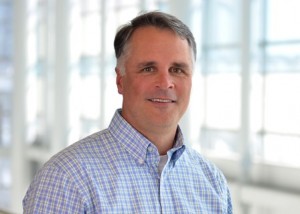 “It’s a big business for us,” Case said. “It’s unusual in the banking industry since almost all other banks handle fund banking as an accommodation as part of their private banking or sponsor coverage practice. It’s not a primary business for them.”

Silicon Valley Bank, based in Santa Clara, Calif., started branching out from venture funds into private equity about 15 years ago. Case and his team specialize in middle-market funds of $2 billion or less with a global focus. Their client list has grown to more than 350 private equity funds.

One of the bank’s more popular offerings is issuing loans to bridge capital call commitments. The product allows funds to do deals and boost IRR while spacing out capital calls to LPs. In some cases, bridge capital may increase IRRs by 25 to 50 basis points.

“You’re getting to put the money to work without having to pay the equity cost,” he said. “It’s a powerful tool.”

Another service is to guarantee portfolio company loans, which may be structured to allow for more rapid add-on deals.

Nowadays, Case has been working with more spin-off private equity firms as senior executives depart larger firms to blaze their own trails in the industry.

“We’re seeing so much separating and recombining of the personnel from the (established) funds,” he said. “Big funds are spinning off teams… We see most if not all of those.”

Case said he’s got something in common with newer managers that decide to stay in the San Francisco Bay Area instead of setting up shop in New York. He’s been in the region for 15 years, including five years at Silicon Valley Bank, after taking a job to run General Electric’s venture capital investing practice on the West Coast.

Along with venture capital investing, Case also has operational experience as the CEO and CFO of tech startups. He was a client of Silicon Valley Bank before he worked for it.