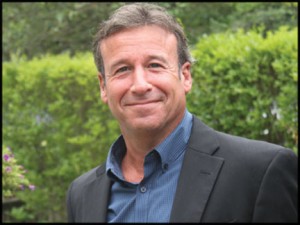 After a slump in leveraged lending earlier in the year, new-deal financing popped in March before easing again in April, said Stefan Shaffer, the managing partner of SPP Capital Partners LLC, a boutique investment bank that specializes in mid-market lending.

After three years of historically low interest rates, “most issuers have either refinanced or recapped because of these liquid markets,” Shaffer said. “Now what we’re seeing is a bit of a lull.” Shaffer said he expects acquisition financing to pick up through the rest of the year.

Right now, specialized areas such as oil and gas exploration are enjoying a surge of activity, Shaffer said, as drillers, and the buyout shops that back them, pursue opportunities in geological shales that have become economical to exploit thanks to advanced technologies such as hydraulic fracturing.

But now consumer confidence is on the rise and home prices are increasing following the financial crisis, and although manufacturing remains becalmed and dealflow remains slow, Shaffer said he anticipates an uptick in M&A.

SPP Capital is owned by a consortium of eight banks—BB&T, CoBank, Comerica, National Cooperative Bank, Regions Bank, Sovereign Bank and U.S. Bank. Shaffer said 75 percent of SPP Capital’s volume is sponsor work, and the firm negotiates $1 billion to $2 billion of volume a year. The firm also operates a small credit opportunity fund that it uses to finance deals that are too small to shop to its regular retinue of lenders.

But even with signs of some greater strength in the economy, Shaffer said he expects activity to continue to be moderate, and he scoffed at the notion of a credit bubble. “How much of a bubble can it be if dealflow is decreasing?”