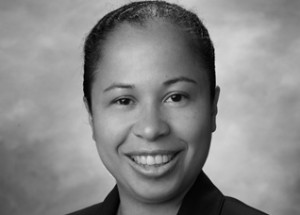 Purchase price multiples have moved up to 6x EBITDA and higher, from 3x to 4x EBITDA in recent years, as interest intensifies around companies with revenue of a few million to a hundred million dollars. When sponsors must pay up to win deals, due diligence helps assure buyers they’re getting the most value for their money.

Due diligence on the buy-side is now moving over to target companies doing their own research and analysis prior to sale, in an effort to fortify the asking price and speed up a transaction.

While family-owned companies sometimes lack audited statements, or don’t have a chief financial officer, Gadant aims to distill the true value of a business in an unbiased way. Entrepreneurs may often base their business decisions on gut feelings, while private equity firms moving to own them prefer hard drives full of facts and data. “I know exactly what a buyer will look for,” Gadant said. “You absolutely have to scrub the numbers.”

If a company’s owners think their business is generating $10 million in EBITDA, but Gadant only comes up with $5 million, a purchase contract based on the higher price may be in serious trouble.

But if the audited value is say, $9 million in EBITDA instead of an advertised $10 million, Gadant said it’s often possible to still close a deal through earn-outs and other incentives.

Overall, finding the true value of a company may be difficult at times, but the work is interesting, she said.

“That’s what we enjoy,” she said. “Smaller companies may be more of a challenge, but who doesn’t like a challenge?”