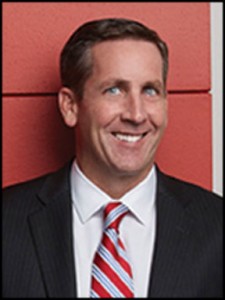 Whall, the CEO of security alarm monitoring company Protection One Security Solutions, is now on his third stint managing a company for the Chicago buyout shop. “It’s a very cordial and friendly relationship,” Whall said of the company’s owners. It helps, he said, that in 38 months on the job, Protection One has already hit month 54 goals according to the development plan for the portfolio company.

“I’ve always been ahead of plan,” Whall said.

Whall, a Detroit native, grew up in the security monitoring industry, he said. His family owned a local business in what was then an extremely fractured industry. He worked his way up in the industry to become COO of a regional provider called SecurityLink, which was then in the GTCR portfolio. He played a role in helping GTCR sell SecurityLink to Tyco/ADT, one of the few truly national scale competitors in this market, in a 2000 deal.

He left ADT in 2004 to partner again with GTCR in a deal to acquire the Honeywell Security Monitoring unit. Whall managed the carve-out of the division from its former parent within nine months and helped to prepare HSM for its eventual sale to StanleyWorks, the other leading competitor in the industry, in 2007.

After a year at StanleyWorks, Whall returned to work with GTCR, once again, on Protection One, a Chicago-area provider. That $820 million deal, a secondary transaction with the Quadrangle Group, took two years to complete. Work on the project that started in 2008 didn’t close until June 2010.

That period encompassed the Great Recession, when among other things, Quadrangle co-founder Steven Rattner left the firm to become President Obama’s “car czar” during the bailout of the Detroit carmakers. “We kept getting new players” at Quadrangle Group, Whall said. “That’s why it took so long.”

The business shrank through the recession year of 2010 but stabilized in 2011, and Whall said the company has reduced the customer attrition rate to 10 percent from 13 percent. Along the way, Protection One has made eight acquisitions, mostly small deals, and it has developed partnerships with retailers including Costco, Nordstrom and Sears to promote its security systems.

“We thought we could introduce P1 as a third provider” competing against ADT and StanleyWorks, Whall said. Today, according to the GTCR website, Protection One is the largest privately owned electronic security company in the United States, with more than one million customers and 2,500 employees in 60 locations.

Whall stresses the importance of corporate culture. Protection One uses no voicemail system in its call center operation, so any operator can help any customer without putting them on hold or transferring them to someone else. Likewise, when an employee achieves an accomplishment, he said, he sends a note to the worker’s home, where the family can see it, he said. “I believe the numbers will come if you create the culture.”

With big new competitors such as Comcast, Time Warner Cable and AT&T trying to crack the home security market, that kind of differentiation could be critical, Whall said. “What we would like to do down the road is to change the way people see us, so we’re not viewed as a commodity.”