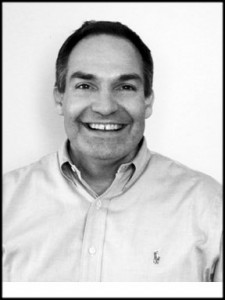 Tom Cates says he has gotten calls from time to time from buyout shops since his consulting firm, the Brookeside Group, first made the Inc. 500 list of fast-growing small companies four years ago. The volume of calls might ramp up now that the firm is industrializing one of its consulting tools, an online surveying system that enables companies to analyze their customer relationships.

The firm has used the software tool, called Insight, for six years to enable clients to assess clients’ motivation and satisfaction and to identify customers that are most at risk of defection. Until now, the implementations have been custom projects for clients such as the pharmaceutical company Sanofi Aventis or computer giant Hewlett Packard.

Now, with Version 4.0, the firm is offering a hosted version of the Insight tool, which should allow a wider group of users to check their customer relationships—or in the case of financial sponsors, he said, to examine the prospects of a buyout candidate. “It allows us to scale pretty dramatically,” said Cates, who also is a senior partner at Sherbrooke Partners, a Boston-based management-consulting firm, and is a founding member of Sherbrooke Capital, a $100 million private equity fund focused on smaller companies serving health and wellness markets.

Insight is built on a patented algorithm developed by faculty at the Harvard Business School, and Brookeside typically uses telephone interviews and some in-person visits with key customers to supplement the results of the Web based tool. The firm’s database now includes 2 million survey responses, he said. The results plot a company’s customers on what he called a “loyalty/value grid” that can identify those that might be most likely to leave as well as those that might buy more.

“Because these are in the business-to-business space where relationships are important, we get pretty good response rates,” he said. Where consumer surveys frequently have response rates in the low single digits, B-to-B response rates can be as high as 60 percent.

Customer attrition can cut significantly into a company’s growth, Cates argued, citing an unnamed client, a $1 billion company with 85 percent retention rate. “My first $150 million in sales just gets me back to even.”

When HP used the tool to analyze companies in its VAR channel, the technology company was able to triple its success in cross-selling. Where the company had an average 14 percent share of spending among value added resellers, it was able to focus cross-selling efforts on its top partners, achieving a 48 percent share within that group.

Financial sponsors also use the tool to survey the customers of companies they are considering buying, although Cates would not identify any by name. Whether they decide to do a deal or not, the results can be valuable, he said. “This is part of our due diligence. This is part of our process.”