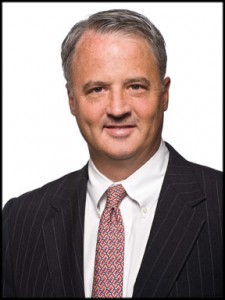 CIT Group Inc. is on its way back as a leveraged lender to the middle market. The big question is whether the New York-based company can find traction in a lending environment that has been transformed since the financial crisis.

CIT, long known as a financier to small and mid-size companies, was at the top of the mid-market league tables in the boom years of the mid-2000s, but its sponsor finance unit was all but disbanded in 2009 after the collapse of Lehman Brothers and the credit squeeze that followed, recalled Tom Hobbis, a former ING banker who had joined CIT in 2005 to help develop its sponsor finance effort.

CIT filed a pre-packaged Chapter 11 in November 2009 to clean up its balance sheet, pruning a number of operations in the process, including sponsor finance. Hobbis himself found refuge with the regional lender SunTrust Banks Inc. before returning to CIT in February 2011 as managing director and head of sponsor finance to rebuild the program. Today, he said, “the focus now is on building strong relationships” with buyout shops.

Some buyout pros, admittedly, viewed CIT’s return with some scepticism, Hobbis said. “Luckily for us, almost everyone also went through that” shutdown of business during the Great Recession.

Today, CIT has eight lending professionals in the sponsor finance unit operating out of four offices around the country, including Jeff Kilrea in Chicago. Kilrea, who joined the company just over a year ago as managing director and co-head of sponsor finance, said, “CIT is anxious to reclaim its position in the middle market.”

CIT focuses on the lower end of the sponsor market, generally providing LBO loans and financing for recapitalizations to companies with $10 million to $50 million of EBITDA, Kilrea said. “Above that, I’m not relevant as a leader, but I will be a participant in club deals.”

While CIT positions itself as a generalist, it also uses its large staff of industry specialists to help it home in on deals, including health care, transportation, retailing and media and entertainment, among other sectors, Kilrea said.

And although the M&A environment has been somewhat slow, Hobbis said he has noticed a late-year surge in small add-on deals, often for companies with $2 million to $4 million of EBITDA. He said he suspects that the “fiscal cliff,” the anticipated end of Bush-era tax cuts and a wave of scheduled budget cuts, is probably responsible. “It’s too much of a coincidence that they’re all happening right now for it not to be related.”

But CIT intends to be ready when buyout shops step up their activity, perhaps by mid-2013. “They’re very valuable to us. It’s serial business,” Hobbis said. “A good sponsor may buy five businesses a year. If you’re a banker for Du Pont, you may go five years and not do a deal.”