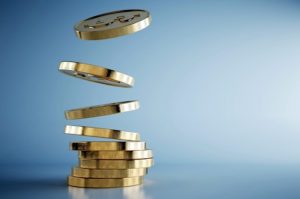 Neuberger Berman collected $2.1 billion-plus for a fourth private equity co-investment fund, as limited partners hunt for new co-investment opportunities in the year ahead – including those spawned by covid-19.

NB Strategic Co-Investment Partners IV, launched in May 2019, wrapped up above its $2 billion target, making it the largest fund raised under Neuberger Berman’s 16-year program. It is 40 percent larger than Fund III, closed in 2016 at $1.5 billion.

Fund IV secured most of its capital prior to the pandemic’s outbreak, including as part of an initial close held in August 2019, sources told Buyouts. In all, some 60 new and existing institutional LPs backed the offering. Roughly $200 million committed in the post-March 2020 period came from LPs who did not previously have a relationship with Neuberger Berman, sources said.

LPs who have published their commitments include Border to Coast Pensions Partnership, Fubon Life Insurance, Montana Board of Investments and Vermont State Retirement Systems.

LP demand for co-investment opportunities has risen sharply in recent years and is expected to remain strong in 2021. Private Equity International’s LP Perspectives 2021 Study found 71 percent of LPs plan to participate directly in deals alongside managers in the next 12 months to achieve fee savings and other benefits.

Covid-19 appears to have added to the opportunity set. In a more challenging fundraising environment, some PE firms are conserving their dry powder, giving them an incentive to turn to co-investment sources when capital is required for new deals or the portfolio.

Neuberger Berman’s co-investment platform taps into the New York firm’s longstanding PE operation and relationships to make direct co-investments in buyout and growth equity deals alongside sponsors. Up to $100 million is invested per transaction on average, with larger stakes often acquired by using other co-investment pools, sources said.

Since 2005, Neuberger Berman’s platform has deployed more than $11.5 billion into direct co-investment deals worldwide. The North American market is the primary destination of capital, accounting for 60 percent to 75 percent of the total on average, sources said. Europe accounts for 20 percent to 30 percent of capital, and Asia, the balance.

A key differentiator of Neuberger Berman’s approach to co-investment is its focus on co-underwriting deals early in the process, usually before a purchase agreement is signed. In addition, priority is given to “mid-life” opportunities – where the target is a portfolio company already owned by a lead sponsor.

Neuberger Berman reports about 75 percent of portfolio co-investments in recent years were co-underwrite/non-syndicated or mid-life. The rest were in the traditional syndicated category.

Many LPs opt for co-investment programs like Neuberger Berman’s because of barriers to accessing opportunities on their own. Private Equity International’s 2021 study found the most common impediments to be few available opportunities, insufficient staffing and challenges in reaching the required transaction speed.