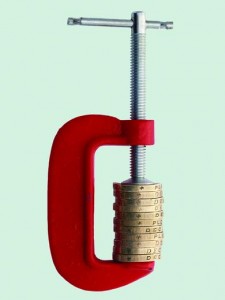 With many LPs facing overallocation and/or liquidity issues (see main text), the prospects for new fund raisings don’t look great. “Fund raising will be extremely tough this year, particularly for those looking to raise anything above €1bn,” says Lucy Nicholls, partner at Adams Street Partners. “They need big tickets and many LPs just don’t have the funds available.”

Firms that have managed to raise ever-larger funds based on commitments from loyal investors are likely to find a very different environment next time they go out to market from the one they have been used to over more recent times, even if they haven’t slipped up too badly in their last fund.

“People often ask me what my advice would be for fund raising this year – my advice would be not to unless you absolutely have to,” says Nicholls. “The fact that it is tough to raise money is not necessarily a reflection of firms’ track records or of their people, but of the fact that many LPs just don’t have the capital available to invest in new funds.”

Some are thinking of raising top-up funds instead of full-blown new ones, but so far there has been little actual activity.

Yet there will come a time when they start to seek more capital to take advantage of the well-priced opportunities in the market that so many are expecting over the next two or three years. How are negotiations likely to go with those LPs able to commit to new funds?

Most believe they should brace themselves for some tough talking. “Larger LPs should be able to control the situation more than they have in the past few years,” says Mark Spinner, head of the private equity team at Eversheds. “I would expect there to be some pressure on no-fault divorce clauses and key man provisions. GPs, for their part, are likely to have to give more flex to LPs.”

Fees could be another target area for discussion. “There is always talk about fees in a downturn,” says Spinner. “But they haven’t ever really moved. This time may be different because capital will be so scarce. There is a feeling that 2% management fees on larger funds is a lot of money and you may also see hurdle rates change. I think we’re already starting to see a creep back from the move towards deal by deal carry.”

Some of this shift may be prompted by an increased ability of LPs to negotiate, but a large element may be the result of the current political climate. With the financial services industry under fire for its bonus culture, private equity houses may find themselves in a difficult position over fees and carried interest structures.

“There will be pressure over the next few years on fees and carry,” says Rod Selkirk, CEO of Hermes Private Equity. “The political backdrop will drive this as LPs such as pension funds have to justify the fees they pay their managers. The people who work in these institutions may take the view that being part of the great capitalist environment is not so great any more. I predict leaner times for managers.”

Survival of the fittest

Few are expecting a wholesale shift, however. “There won’t be a disruptive change to terms and conditions because a fund that can’t raise money on the standard terms won’t raise it simply because it decides to lower its fees,” says Rainer Ender, managing director at Adveq. “There may be a slow adjustment, however. A good GP that proactively decides to adjust its terms to being more LP-friendly will be looked on more favourably. It could pay off for a GP because they could end up raising more money.”

So while there may be some movement in terms and conditions, most believe the likely outcome will be some kind of industry consolidation or shrinking. Those LPs with capital will have the pick of the best funds and will be far less ready to re-up with funds they perceive to have underperformed. A recent Coller Capital report found that four out of five US LPs had refused to re-up over the last 12 months with managers they had backed before, citing poor performance from their current fund, style drift and disruption within a GP team as the most common reasons.

The result should be that the weak get weaker and the strong stronger. “While there is a lot of talk about a fundamental shift in power from the GPs to LPs, in reality it won’t work that way,” says Joseph Bergin, partner at NBGI Private Equity. “While certain terms and conditions will undoubtedly alter to the advantage of the LPs the more fundamental point is that from now on underperforming GPs are unlikely to be able to raise further capital. The best private equity funds will go on to raise successor funds and LPs will want to be invested in these funds because of their outperformance.”

And it may just be that yesterday’s stars, some of which are already burning rather less bright than they have been, are extinguished. “There will be a reshuffling of the firms that LPs want to get into,” says Selkirk. “Some firms may just disappear because they can’t raise any more capital; others may just decide they don’t want to operate in the new environment and pack up.”