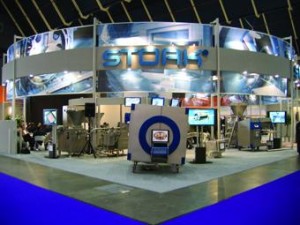 • The European Commission (EC) will decide by February 15 on ’s intention to take over Northgate, according to an EC announcement. The deal is being examined in a simplified Phase I investigation.

• Dutch retail group announced last week that it had entered into discussions with UK private equity group about the possible acquisition by CVC of Ahold’s majority stake in Dutch supermarket group . Although no financial details have been given at this stage, Ahold confirmed that the consideration would include cash and the transfer of more than 50 stores from Schuitema to Ahold.

• , a cleaning chemicals business, is close to being sold by its private equity backer, , which was spun out of JPMorgan in 2005. CCMP is understood to have agreed staple financing with banks. The firm hired Goldman Sachs to launch a strategic review of SafetyKleen Europe last December with expectations of a £600m (€806.5m) price tag. SafetyKleen was acquired by CCMP from rival private equity group Electra Partners Europe for £280m in 2004. A £194m recapitalisation has since been carried out.

• Shares in , a pest control and support services group, rose on January 18 following speculation of a 140p per share management buyout. The group has a market value of about £1.93bn (€2.6bn). Rentokil has been rumoured in the past to be a target of private equity.

• Despite a protracted and difficult take-private, Dutch industrial group posted increased Q4 profits and sales. Stork, which was taken private by private equity firm late last year, is to focus on strengthening and expanding its activities after reporting fourth-quarter net profits up from €25m in 2006 to €30m last year. Operating profit (Ebit) tripled from €9m in Q4 2006 to €27m last quarter, while sales jumped from €539m to €591m.

Candover pushed through a revised €1.5bn offer for Stork in December last year by partnering with Icelandic consortium and majority Stork shareholders and , which had rejected a slightly smaller bid just a few months earlier. The take-private is one of the few, and one of the largest, to take place since the collapse of the credit markets last summer.

The latter is due to be sold to Marel Food Systems, part of the Icelandic consortium and one of the key reasons that Candover’s initial bid had collapsed.