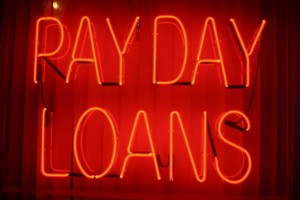 The New Jersey Division of Investment sold its stake in a JLL Partners fund that counts a payday lender among its portfolio companies.

Payday lending is illegal in New Jersey. ACE Cash Express, which JLL acquired through its fifth flagship fund in 2006, was fined $10 million by the Consumer Financial Protection Bureau in 2014 for illegal debt collection tactics, including harassment and false threats.

The $74.2 billion pension identified a single buyer in the third quarter and executed a letter of intent on October 9, according to pension documents. New Jersey finalized the sale, which also included its remaining stake in Carlyle Mezzanine Partners II, on December 31.

New Jersey sold the stakes for 97 percent of their March 31, 2015 net asset value. The pension received half of the proceeds upon completion of the sale and will receive the remaining half on December 31, 2017.

New Jersey documents do not identify the buyer. The pension did not engage an agent for the sale.

New Jersey’s exposure to ACE Cash Express drew complaints from local activists, many of whom claim payday lenders are debt traps for lower- and middle-class communities. Concerned by the state’s investment in an illegal business, the New Jersey State Investment Council elected to explore a sale of its stake in JLL V in May.

Local activists, including the state’s NAACP chapter, applauded the sale of JLL V.

“I think you sent a strong message that payday lending is still unwelcome in New Jersey,” New Jersey Citizen Action’s Beverly Brown Ruggia told the council. “We know that you had to work hard to get out of this without hurting your beneficiaries and we appreciate the lengths you went to do that.”

Action Item: See a New Jersey report on the performance of JLL Funds I through VI here: http://bit.ly/20tx4yF