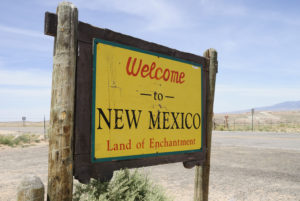 Departures of veteran private equity investors from public systems often leads to a sort of “brain drain” with a commensurate loss of knowledge and relationships. Many public pensions have contended with trying to raises salaries for PE officials to better compete with the private sector.

New Mexico named Chris Cassidy, the $38.8 billion system’s current private equity portfolio manager, to replace Lee at the end of September. Lee was named director of private equity in 2018 after serving one year as the acting director.

New Mexico’s national private equity program returned 19.6 percent over the past five years, according to a presentation made at the August 23 meeting. Buyouts listened to a broadcast of the meeting.

“The performance of our private equity program relative to what other state funds across the country have done is off the charts. Dave’s been instrumental in that success,” said New Mexico chief investment officer Vince Smith.

Lee’s departure comes as LPs are navigating a unique time in the PE space. After years of fast and frenetic fundraising and consistent returns, many LPs have slowed commitments while anticipating markdowns as private equity valuations catch up with public markets.

Returns for New Mexico’s national private equity program were flat during the first quarter with 39 funds reporting gains and 62 reporting losses, according to the presentation.

This broke a streak of seven straight quarters where New Mexico’s private equity assets posted gains of at least $195 million, according to Richard Pugmire of private equity consultant Mercer.

Growth equity funds returned $20.6 million in the quarter, making it the strongest performer. Buyout funds were the biggest laggards, incurring losses of $18.2 million, according to the presentation.

Pugmire said private equity funds with exposure to European companies struggled due to the impact of a stronger dollar in addition to a decline in market multiples.

“Overall, private companies were not as impacted as badly as public companies. But I think where our concern is if this weakening continues that we could see more losses if the performances of private companies are impacted,” Pugmire said.