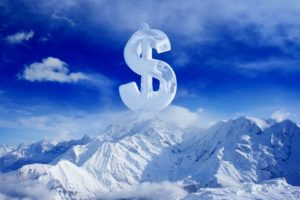 New Mountain Capital raised most of the target set for its sixth mid-market buyout fund, as the firm wrapped up a succession that included a cut in CEO Steve Klinsky’s ownership stake.

New Mountain Partners VI and parallel pools brought in more than $6 billion, according to Form D fundraising documents published this week. That puts the flagship fund within striking distance of an $8 billion target, reported by Buyouts in March.

Capital raised to date by Fund VI approaches the $6.1 billion-plus secured by its predecessor, which closed three years ago.

New Mountain recently put the final touches on a management and ownership succession. The event saw Klinsky, who founded the New York private equity firm in 1999, reduce his 100 percent stake to a two-thirds share, a July report by Nebraska Investment Council said.

The one-third interest relinquished by Klinsky is now held by Blackstone and managing directors, the report said. Blackstone’s Strategic Capital Holdings Fund in 2018 made a minority investment in New Mountain, taking a less-than-10-percent position.

New Mountain looks to acquire seven companies per year, investing $100 million to $500 million per deal. The strategy emphasizes business-building, rather than debt, and long-term capital appreciation. Opportunities are sourced mostly though networks and broken auctions.

New Mountain won Buyouts’ 2019 Deal of the Year for its sale of Equian, an Indianapolis healthcare payment services provider, to UnitedHealth Group. The firm, which bought Equian in 2015, earned a gross multiple of about 8.3x and a gross IRR of about 79 percent.

Other examples of companies backed under the buyout strategy include Gelest, a Morrisville, Pennsylvania, organic and inorganic hybrid chemicals maker. Acquired in 2017 by New Mountain, Gelest was sold this year to Mitsubishi Chemical.

New Mountain has 168 employees operating from its New York, San Francisco and London offices, 97 of them working on the investment team. Its managing directors total 29.

New Mountain did not respond to a request for comment prior to publication of this story.