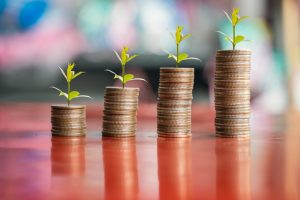 A platform that seeds and supports new private investment managers has welcomed its first GP: Conanicut Capital, a firm launched by Jared Paquette, a former executive with Bunker Hill Capital.

Evolution Managers will provide Conanicut with capital for deals, as well as back office support. This will give Conanicut the chance to make deals and build a track record without having the pressure of raising a fund or building firm infrastructure.

Conanicut seeks to be the first institutional capital backing family- and founder-owned companies in the business services sector. It will look for companies with $3 million to $15 million of EBITDA.

In a few years, after making a certain amount of investments, Conanicut may branch out and raise an external fund, Paquette said.

Paquette previously worked as a senior investment professional with Bunker Hill Capital, where he worked for a decade. He also worked at Nautic Partners and Weston Presidio.

Working with Evolution Managers means Conanicut won’t be under pressure to sell investments in a certain amount of years because of the need to raise new funds. “We’re not thinking about the fundraising cycle; we’re thinking about the optimal time to sell the business,” Paquette said in a recent interview.

Evolution Managers’ philosophy is to back businesses that are ready to find and make deals, earmarking capital for the firms to buy three to five companies. It’s not clear how much the platform allocated to Conanicut. In general, the platform seeks to provide up to $50 million to each manager.

“As private equity has evolved, the folks that started the large funds, they have the lion’s share of the economics and the limited partner relationships,” said Matthew Moran, managing partner of HC Private Investments, which formed Evolution Managers with family office Landon Capital Partners.

“But the younger generation is out there hunting deals, getting good experience, building track records, even though they can’t market those track records … there’s a lot of talent out there and we want to provide a platform for them to go out and find deals,” Moran said.

Evolution Managers wants to deploy $500 million into the lower middle market, according to a statement. The platform gives new managers the chance to build track records, rather than serve as an anchor backer on a first-time fund. Building a track record is one of the toughest things for a new manager. Generally, executives who leave larger firms are not able to cite their track records when marketing their own funds.

Other seeding platforms have emerged in recent years as new firm activity picked up in the strong fundraising environment. Alaska Permanent Fund, The Wafra Group and UK Railways Pension Scheme created a program to invest $1 billion with new firms.