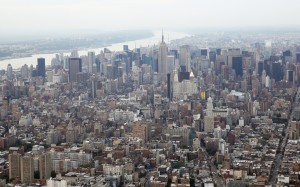 In an email, comptroller spokesman Eric Sumberg said investment staff have yet to determine how they will deploy the $500 million, and they had not yet identified prospects. He declined to say over what period of time the retirement system plans to make its commitments, saying only the pension system is “in the market” for new funds.

The comptroller’s office, custodian to the city’s $10 billion private equity portfolio, defines emerging managers as GPs raising up to $750 million for their first, second or third institutional fund.

The $500 million expansion would also target investment funds managed by minorities or women, Stringer said in a statement.

“We are always on the lookout for ways to expand the pool of investment managers who have the talent to grow our pension funds. Diversity is part of our fiduciary duty and I am confident that the New York City Pension Funds will benefit from the new thinking and new perspectives provided by these Emerging Managers and M/WBEs [minority and women-owned business enterprises],” Stringer said.

As of Sept. 30, 2014, New York City Retirement System had invested $5.7 billion with GPs that fit its definition of an emerging manager, according to retirement system documents.

SEC regulation of the industry puts serious burdens on smaller GPs, many of which lack the staff to properly address legal, accounting and compliance issues that arise during due diligence, Doñé told Buyouts at the conference.

“The burden of that regulation will certainly affect the smaller managers disproportionately,” he said during a panel discussion. “That’s something that we are very focused on—that we are helping managers [to show them] we are invested in their survival.”