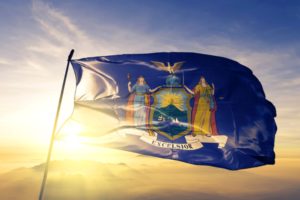 New York State Common Retirement Fund committed $615 million to private equity in December, according to a document posted on the website of State Comptroller Thomas DiNapoli.

• $250 million to Insight Venture Partners XI, managed by Insight Venture Management, which has a $7.25 billion target, according to sister title Private Equity International;

• $15 million to Hosen Private Equity III, managed by Hosen Capital, which focuses on food and agribusiness companies and has a target of between $600 million and $700 million, according to sister title Agri Investor. This investment was made through New York Common’s Asia investment vehicle;

• $50 million to EagleTree Partners V, managed by EagleTree Partners, with a $1.1 billion target, according to a Form D. This investment was made as part of New York Common’s Emerging Manager program and through the NYSCRF Transition Annex Fund;

As of September 30, the New York State Common Retirement Fund was valued at $215.4 billion, 9.6 percent of which was in private equity, according to the comptroller’s website.