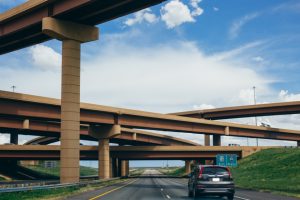 Soon after that, Blackstone announced that BIP “held the final close of its inaugural fundraising phase” with $14 billion raised in total. That $14 billion is made up of $7 billion from investors and $7 billion in matching funds from the Public Investment Fund of Saudi Arabia. That commitment was part of a $20 billion “long-term matching anchor commitment” which Blackstone hopes will eventually bring BIP’s total value to $40 billion.

Blackstone faced scrutiny over BIP last year when its first close seemed to come in below initial expectations. Pennsylvania Public School Employees’ Retirement System published a memo stating the fund was “seeking equity commitments of $7.5 billion during its initial fundraising phase.” The PSERS memo also said larger LPs were offered a 25 percent discount on fees over the first two years of their investment.

In June 2018, Bloomberg described BIP’s fundraising as “slightly behind schedule.”

“[T]hat $40 billion target is a very long term target. We never expected to come close to that in the first close. We’re going to have a sort of normal, mortal-sized first close, and get started in the business,” Blackstone executive vice chairman Tony James said in a February 2018 earnings call. “When that money is invested, we’ll start bringing in new money. And we will build our way up to that $40 billion over the next decade or so.”

In January, BIP acquired a controlling interest in Kansas-based Tallgrass Energy for about $3.3 billion. In March, they announced a growth-oriented investment in Carrix, the largest marine terminal operator in the United States. BIP has more deals in the pipeline, a source told Buyouts.

Correction: An earlier version of this report misspelled Sean Klimczak’s name. The report has been updated.