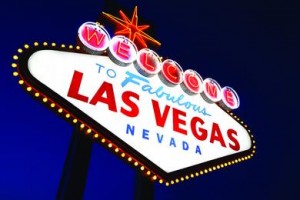 , a Norwegian provider of cable TV, high-speed broadband internet and telephony services, known as a triple play provider, has been sold by UK private equity firm for NOK5.8bn (€745m) to US-based and , a private equity subsidiary of Goldman Sachs. The vendors were advised by Goldman Sachs International and Linklaters while Candover was advised by Merrill Lynch, which provided staple financing. The acquisition is expected to be completed in December, subject to regulatory approval. Candover originally acquired the business in January 2006 for €445m. The sale provides Candover with approximately 2.2 times its original investment, generating an IRR of 50%.

• Eurazeo, the French private equity firm has confirmed that it is a co-investor in the buyout of Las Vegas casino operator, . has taken an equity stake worth US$200m (€136m) in the US group and is investing alongside US real estate investor , the Fertitta family and the company’s management. Eurazeo said in a statement “This transaction illustrates the strengthened partnership between Eurazeo and Colony, initiated with the creation of Colyzeo in 2003 and which now extends to co-investments in North America. Station Casinos owns and operates 16 casinos in the Las Vegas area and achieved turnover of US$1.14bn (€946m) in 2006.

• Permira, a European buyout firm, has sold , a US-based hearing and eye-protection products manufacturer, to for US$1.2bn (€811m). 3m said in a statement that it will fund the acquisition through a combination of cash and other borrowings. is reported to have made a 40% internal rate of return on its €680m management buyout of Aearo Technologies in March 2006. Based in Indianapolis, Aearo makes hearing-protection devices, communication headsets, and safety eyewear.

• UK-based private equity firm 3i Group has taken a substantial majority stake in , according to industry sources. The sources claim that the total value of the transaction is about £60m (€83.7m), part of which will be used to fund the international expansion of the lingerie retailer. As designated chairman of Agent Provocateur, has appointed Stuart Rose, the former deputy chairman and managing director of The Body Shop. Agent Provocateur was founded in 1994 by Joseph Corre and Serena Rees. Corre will be staying with the business as Creative Director. Rees said: “From the conception of Agent Provocateur in Soho in ’94, we have provoked thought and reaction, we brought lingerie to the forefront of fashion, brought sexuality out into the open and have given sex a sense of luxury.”