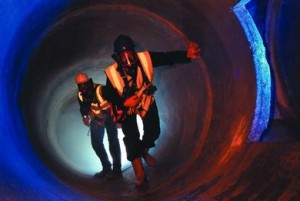 • , a UK lower mid-market investor, has sold its stake in through a £15m (€19.7) secondary buyout to and . NVM, which has offices in Newcastle, Reading and Edinburgh, first invested in Longhirst Group in 2002, with additional funding in 2004 raising its stake to 46%.

Develop Training was created last year to provide training services to the utilities and infrastructure industries through a demerger from the Longhirst Group. Located in training centres around the country, including Glasgow, Falkirk, York, Warrington, Derby, Oakham and Swindon, Develop Training’s clients include National Grid, Anglian Water, the Ministry of Defence, Thames Water, British Telecom and NHS Estates.

• and are investing €13.95m and €9.3m respectively in Belgian fashion retail chain , along with its founder and chief executive, Jacques Hayez. The two private equity firms will obtain a majority stake and co-control of the fashion retailer.

Paprika made €13.1m in 2006, and currently operates 33 stores in Belgium, Luxembourg and France. Its core customers, it says, are “fashion-minded, larger-sized women”. Cassis, which offers clothing “for urban-active fashion-conscious women”, made €38.5m in 2006 and has 52 stores in Belgium and Luxembourg. ING Belgium is providing the debt financing for the deal. Petercam acted as exclusive adviser to the Cassis-Paprika group. The deal is expected to close by the end of January.

• has led a buy-in management buy-out (Bimbo) of environmentally driven businesses and in a deal worth more than £10m.

Solar Home Energy is an installer of domestic solar hot water systems, which use solar collector panels to channel the sun’s energy and can provide up to 70% of a typical UK household’s annual hot water requirements. Warmroof is an installer of spray foam loft insulation, which increases residential energy efficiency.

Both businesses are headquartered in Bournemouth, but operate nationally. Their combined turnover is about £20m per annum, and together they employ 100 staff.

Barclays Ventures has invested alongside , and the institutional investors have collectively taken a majority stake in the group. Senior debt for the transaction was provided by Bank of Ireland. The buy-in team was advised by Watersheds Corporate Finance.

• has acquired a majority stake in , Bulgaria’s largest manufacturer of interior and exterior floor, wall and decorative ceramic tiles. No deal terms were disclosed for the purchase of the 70% stake. Kai Group produces over 14m square metres of tiles per year at two production facilities and employs more than 1,000 people. Advent said that it would help the company strengthen senior management, improve IT systems, expand sales and marketing and enhance its product range.