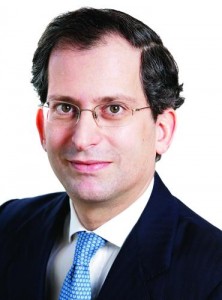 • has made two appointments. Anthony Gardner joins as director of structured finance and Alexis de Dietrich as a vice-president. Anthony Gardner joins Palamon from Bank of America, where he held the position of executive director, European leveraged finance. Previously he spent five years with GE, initially in business development managing M&A transactions involving GE companies across Europe and subsequently in its leveraged finance group.

Alexis de Dietrich joins Palamon having most recently run a family investment office in Switzerland. He was previously with Merrill Lynch International in London working in the global markets and investment banking divisions and prior to that with Société Générale corporate and investment banking in Milan. De Dietrich graduated from the University of St Gallen (HSG) with an MA in finance and accounting and holds an MBA with distinction from INSEAD.

• has appointed Marc van Gelder (CEO of OPG Group) and Marcel van Poecke (founder and ex-CEO of Petroplus) to join its advisory board. This follows Laurens Jan Brinkhorst, the former Minister of Economic Affairs in the Netherlands, joining the advisory board in February. According to they will offer strategic insight in their specific fields of expertise to 3i’s portfolio companies, help 3i during the due diligence process and assist in identifying market opportunities.

Previously, he worked for Royal Bank of Scotland for more than 21 years and has a wealth of experience in leverage finance (origination and portfolio), corporate relationship banking and credit. Amber has spent the past 11 years in leverage finance, the last seven of which have been in a portfolio management role, managing sponsored, multi-bank senior and junior debt deals. The majority of these deals have been on a lead bank basis with enterprise values ranging from the mid-market up to US$6bn.

John Penny also joins the team as a director. In his new role he will be responsible for the instigation and execution of mid-market leveraged finance transactions in Europe with debt sizes of £50m to £400m. Penny has worked at a number of multinational firms including Nomura, WestLB and SG. In the past he has completed a number of deals in the healthcare, retail, auto, building and manufacturing sectors across Europe.

Commenting on the new additions to the origination team, Rachel Jones, managing director of origination, said: “Recruiting two new senior personnel to the team is testament to our continuing expansion. Their wealth of knowledge and depth of talent in leveraged finance will strengthen our existing team and put us in a strong position as we go forward into 2008.”

• Geert Duyck has been promoted to a managing partner of , responsible for CVC’s Paris and Brussels offices, having joined CVC in 1998. Daniel Schmitz, Marc St John, Marc Strobel, Peter Törnquist, Hugo van Berckel, Soren Vestergaard-Poulsen and Christian Wildmoser have been appointed as partners.