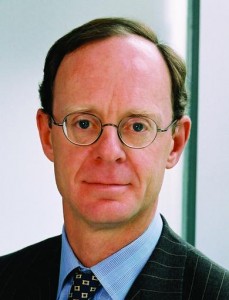 • The founder of hand-fried crisp company has reportedly been in discussions with private equity players regarding a possible deal that could see owner Will Chase, sell off either a large portion or all of the company for a price thought to be in the region of £40m (€52.1m). According to the reports, management have been in talks with the private equity firm about the sale of a sizeable stake in the company. Tyrrells’ Chase is thought to have appointed BDO to carry out a strategic review of the company after being approached about a possible sale.

• , a UK insurer, has said that it had not yet received a formal approach from US alternative asset manager JC Flowers. Sir Adrian Montague, chairman of Friends Provident, made the announcement during a conference call. is understood still to be interested in Friends Provident, but is unlikely to make an offer this week.

It is believed that the investor is awaiting further information following the announcement of results from Friends Provident. Montague also said that the group had received a “stream” of interest regarding its stake in as well as its and subsidiaries

• A range of potential trade buyers has emerged for fast growing credit derivates broker , whose major shareholder is . Last October, Creditex received inquiries from potential buyers. The company appointed to handle a possible sale of the business. Now a source familiar with the situation said that a first round of bidding had concluded, with “many of the obvious trade buyers” put forward for the next round. This is expected to conclude towards the end of March. Likely purchasers could be interdealer brokers such as Tullett Prebon or ICAP, as well as exchanges such as ICE or CBOE, which is in the process of being demutualised.

• has signed an agreement with the shareholders of to take a stake of around 75% in Sunce for €155m. Sunce owns and operates 11 hotels situated in prime locations along the Adriatic coast under the Blue Sun Hotels & Resorts brand. Marfin also revealed that its investment arm in the food and beverages sector, , had reached an agreement to enter the US bakery and confectionary market with the acquisition of 100% of ’s from private equity group for US$320m. The transaction is expected to be complete by April 1.